Taipei city government has been promoting the development of driveways dedicated to public transportation, and bike lanes are part of the development plan. Urban bike lanes allow cyclists to explore the city at ease. After the launch of YouBike bike share system, a larger number of cyclists now uses the bike lanes as well. There are 10 bike trails in Taipei that await you to embark on a leisure ride. Roaming in the city Daan Forest Park is the lung of Taipei City, the urban forest. The 26-hectare eco park is home to thriving trees, robust shrubs and enchanting flowers. MRT Daan Forest Park Station next to the park is a must-visit as well for its unique architecture.

Previously home to the 2010 Taipei International Flora Expo as the second largest Expo Park, vertical gardens, flower walls and floral landscape remain to greet guests with flourishing vegetation. A variety of seasonal events take place at the park like Taipei Lantern Festival. Additionally, there is a regular farmers market on weekends that offers visitors with healthy food choices.

Originally named Taipei New Park, it was retitled 228 Memorial Park after the installation of the 228 monument. The layout of the park dates back to the period of Japanese rule when the park was organized to host the Taiwan Exposition. In spring time, the park blooms with azaleas and fringe flowers. Many visitors to the National Taiwan Museum would also roam around the park. 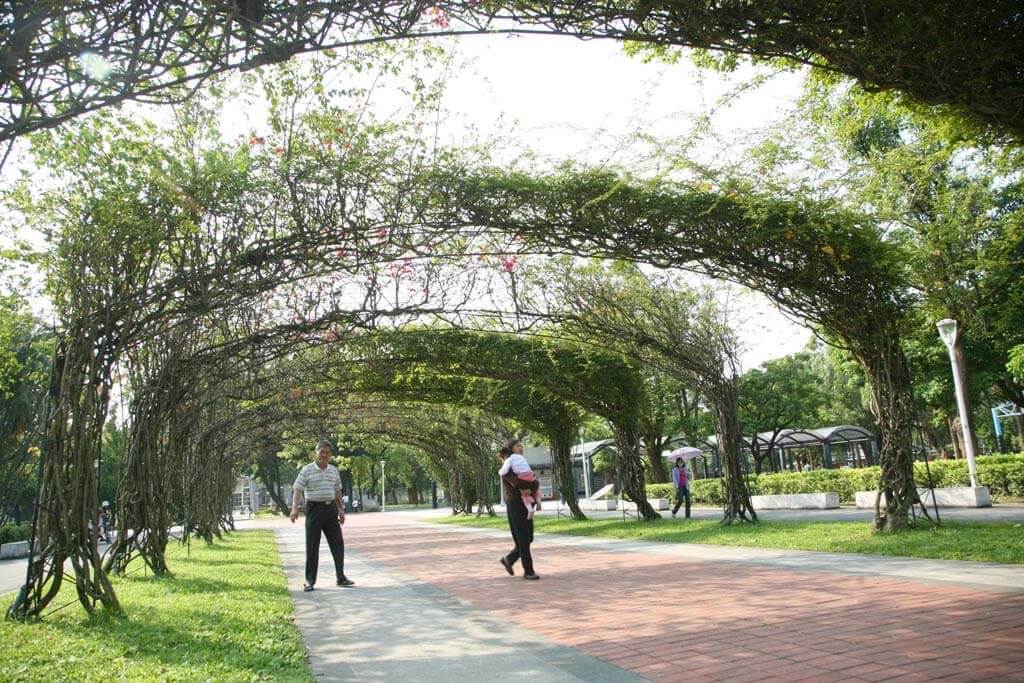 Originally named Rongxing Garden, Rongxing Park is one of the old parks built in early times which contains a swimming pool. The Maple Trail in Rongxing Park is its signature. Many residents in the neighborhood stroll in the park to soothe fatigue from a long day of work. During summer, you might even be able to spot fireflies joyously twinkling in the park.

An Outing to Yangmingshan Situated in the suburb of Taipei City, Yangmingshan National Park consists of several mountains, offering a number of scenic spots, hiking trails and footpaths. Flower landscape changes according to the season. Covered with blooming calla lilies, Jhuzihu is one of the most renowned attractions during Yangmingshan Flower Season. There are 6 riverside trail that lead towards the vast field of calla lilies. The Tinghu Trail is especially recommended. For those interested in taking a closer look at the old waterwheel and eco pond, Calla Lily Trail at the lower lake area is suggested.

Cingtiangang grassland boasts its grass carpeted level ground which makes it a perfect natural classroom for grassland observation. It is a lovely outing destination well received in Yangmingshan National Park. Xiaoyoukeng is a post-volcanic geological landscape area in Yangmingshan National Park. Abundant landscapes await on the peak of the mountain for visitors to come explore its beauty.