According to one legend, the name Jiantan ("Sword Lake") traces back to a time when the Ming loyalist Cheng Cheng-kung. The lake referred to was said to be inhabited by a malevolent water sprite who stirred up waves that killed countless people over the years. One day, while passing by the lake with his troops, Cheng hurled a jeweled sword at the water sprite, killing the beast and calming the waters.

Historic records of the Tamsui Prefectural Government indicate that Jiantan Temple was built in Jiantan in 1773 with funds donated by Wu Ting-kao and other patrons. The records also note that a plaque at the temple recounts a story, in which the Monk Wanhua came across a snake blocking the road while traveling through the area. The monk divined this to be an auspicious incident, and therefore ordered a temple to be built on the spot. He later had a dream instructing him the eight ships from Shanghai would pass by Keelung, providing funds to build the temple. The temple was constructed on the designated spot, but was moved during the later part of the Japanese occupation period to its current location. At the front of the temple stands a monumental arch with a green-tile roof, below which is an inscription of the temple's name. The narrow lane inside is the original site of the temple, and in the wooded garden here one can still see the original age-worn temple columns and stela. 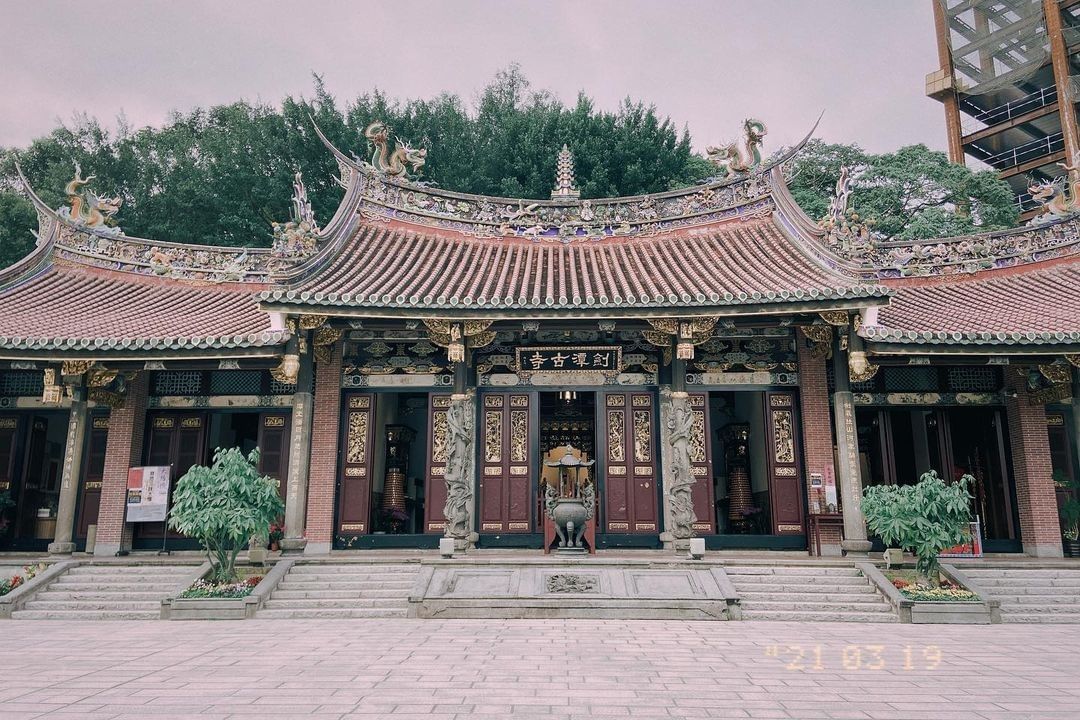 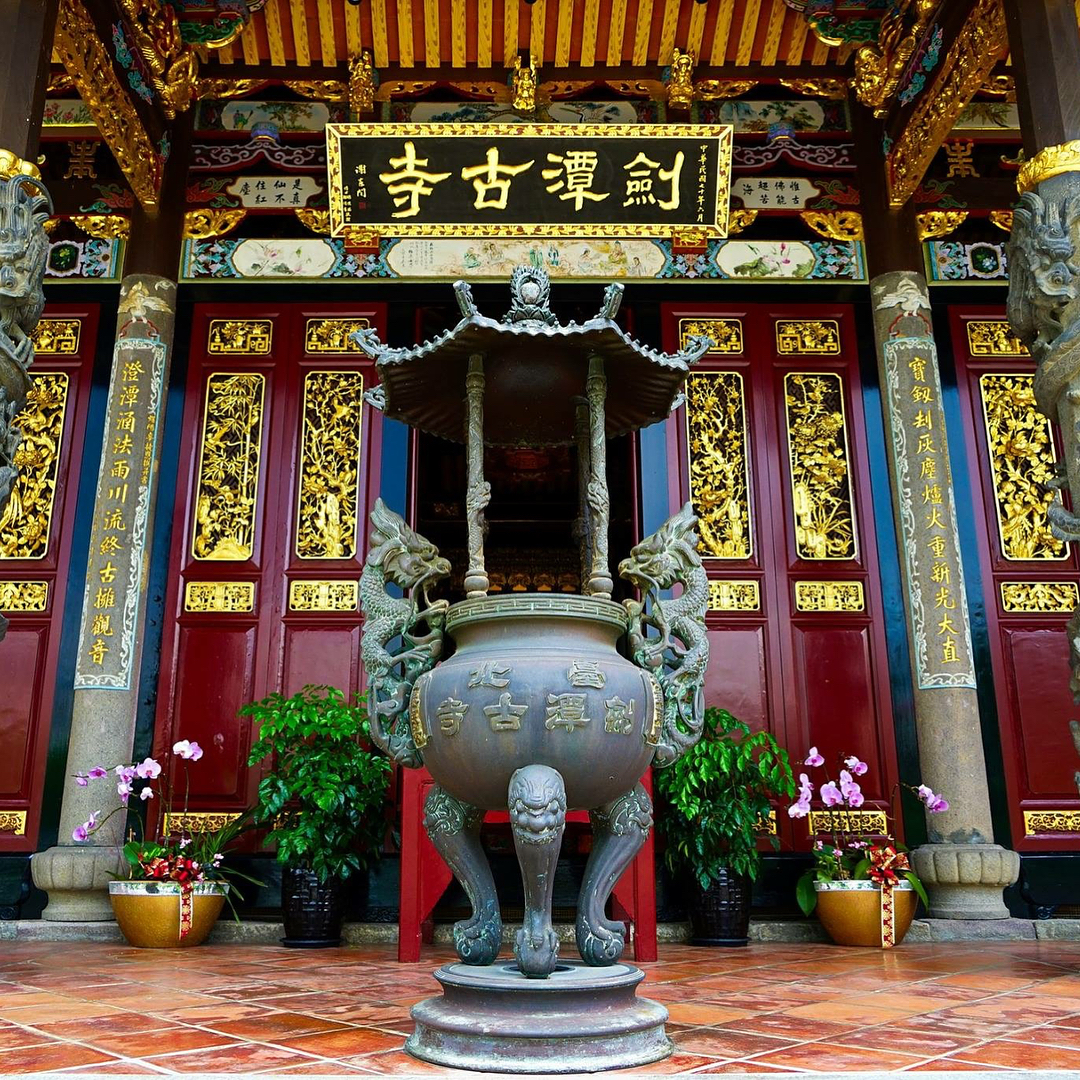