Nangang Mountain is located at the eastern border of Taipei Basin; it is a popular mountain hiking route due to its connection to Sishou Mountains. Entering from Xiangshan Trail near Lingyun Temple, the path is paved with stones, marked with indicators and surrounded by Taiwan acacia (Acacia confuse). Along the path are numerous shelters and seats donated by Zaojuehui (Morning Exercise Club) that provide resting locations for mountain hikers. The trial is connected to Xiangshan, Hushan and Lishanqiaokou.

Nangang Mountain is located at the intersecting ridge of Xinyi District and Nangang District, and is the highest peak among the Nangang Mountains. On its peak are a glistering lamp and an equilateral triangle No. 695. The 196 m tall Nangang Mountain spans from Changshou Park to Muzhi Mountain, and provides great paths and trails for those who like to hike. At the peak, you’ll see four smaller mountains shaped like an elephant, a lion, a leopard and a tiger to the northwest, thus the name Sishou (“Four Beasts”) Mountains. An endless stream of mountains rises and falls to the east and south. There is a television broadcast antenna at the highest point of Nangang Mountain, with nearby ridges having sharp differences in altitude. One of the peaks is known as the “95 Peak”, so named after General Yang Sen, who conquered this peak at the ripe age of 95.

A serene, peaceful trail
Xiangshan (Mt. Elephant) and Hushan (Mt. Tiger) belong to the same mountain series, but their sceneries are not as diverse as here. The later section of the trail is more tranquil with richer forest ecology than the Hushan Trail. Further down, the murmuring sound of creek and archaic bridge enhance the placid ambiance. 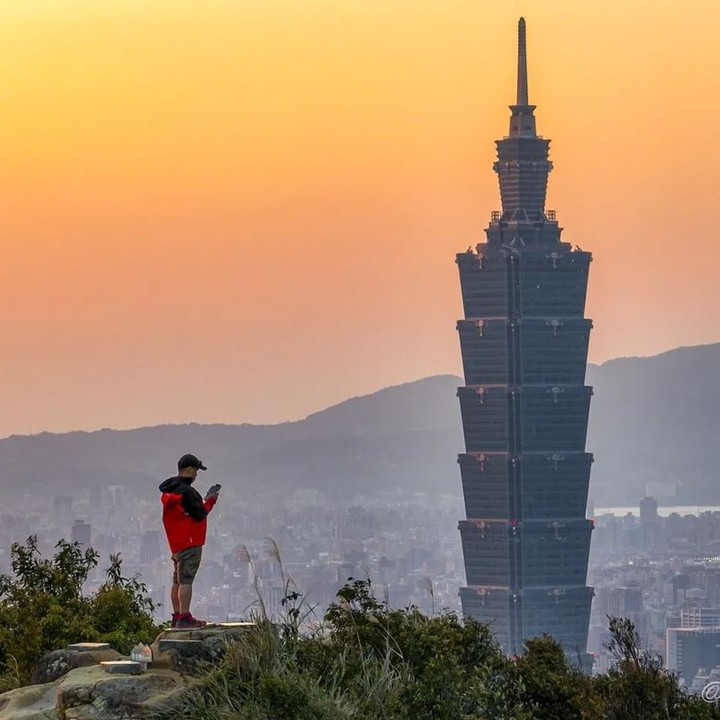