Commonly known as “The Temple of Heaven”, the Temple enshrines the Heavenly Emperor as its main deity. It is situated at Fude Street, by the foot of Tiger Mountain of the “Four Beasts Mountains”. It originates from first the year of Tongzhi reign (1862). At that time, an ancestor from Tangshan came to Taiwan alone, and resided in the cave of Tiger Mountain. He hung a red silk writing that read, “The Heavenly Emperor and various deities” by the walls of the cave entrance, and set up an incense burner on the rock to worship it. However, the cave was damaged during the Japanese colonial period. In 1954, people rebuilt a temple with bamboo at the same location to pay tribute to the Heavenly Emperor. In 1959, it was officially named “Songshan Feng Tian Temple”. From 1967 to 1977, it continued to expand, where the main hall was renovated, and a pilgrim building and library were built. With a floor area of more than 3,300m2, the place is able to accommodate more than a thousand pilgrims. From here, one can overlook The Presidential Office Building, Dr. Sun Yat-Sen Memorial Hall, CKS Memorial Hall, The Grand Hotel, International Trade Building, Grand Hyatt Taipei and City Hall, and is an excellent place of worship and enjoying the scenery. 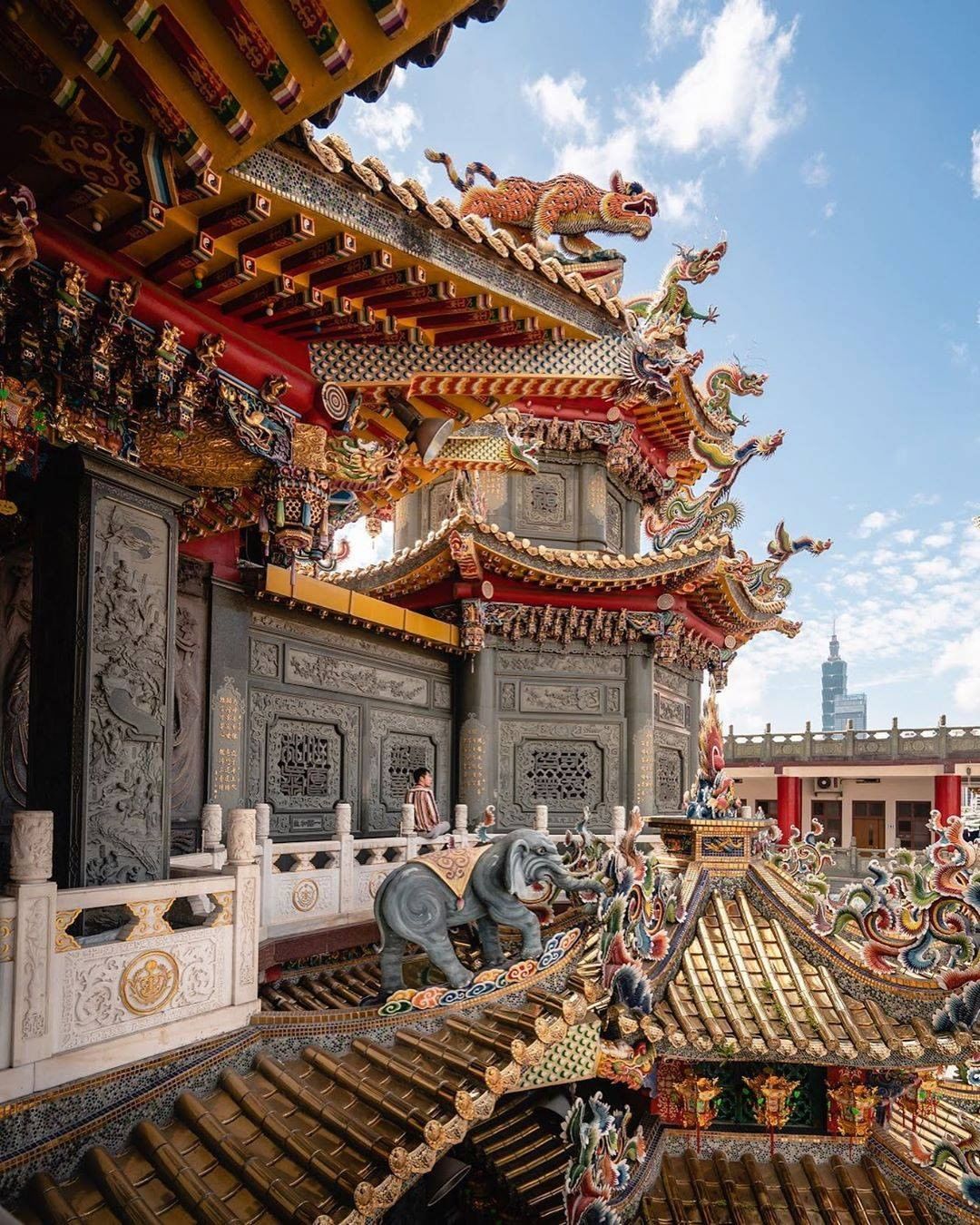