On March Mayor 28, Ko Wen-je led city officials on an inspection tour of the Taipei Grand Trail after the incorporation of several riverside bike paths. Thanks to the sunny weather, the group set off from the Asian Bayberry Worshipper’s Path at Zhinan Temple and enjoyed the great views along the way. After a short session with the media outside Maokong Gondola Zhinan Temple Station, the group continued to the riverside park to hire bicycles. Afterwards, they traveled all the way to the Dadaocheng Wharf.

During the interview session, a reporter asked whether the mayor’s stamina can handle the trip today. Ko replied that it isn’t a problem. He remarked that in addition to the 7 major hiking trails forming the Taipei Grand Trail, the city government has also incorporated a number of the riverside cycling trails. Under the new scheme, the Taipei Grand Trail comprises a “Blue Trail” and a “Green Trail.” The combined length of the two sections is 130 kilometers. 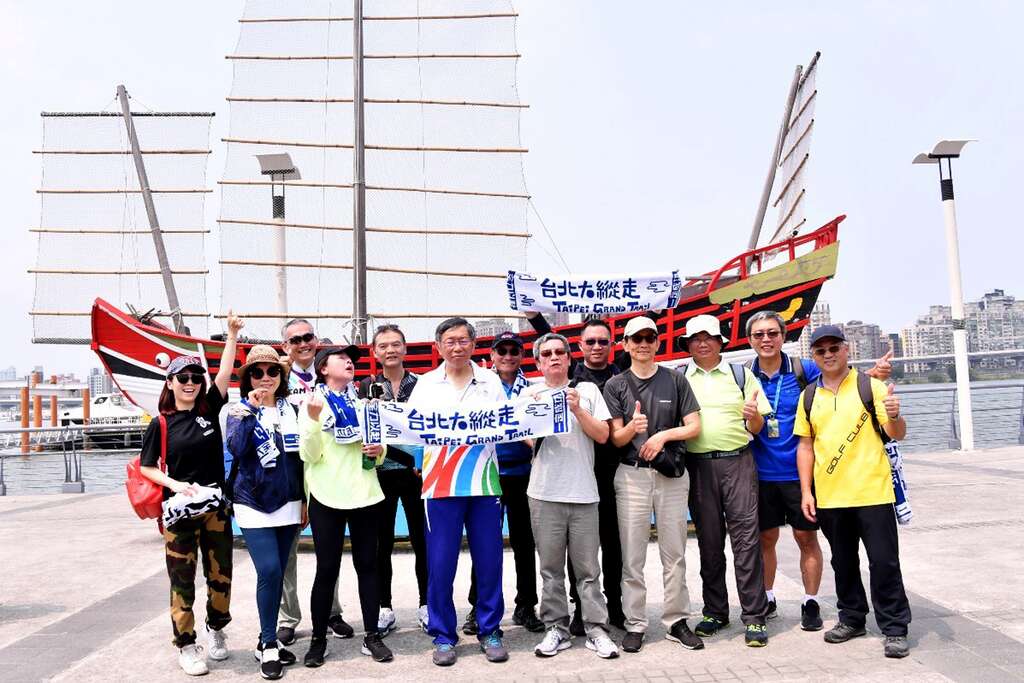 The mayor noted that the next steps is the gradual upgrade and improvements of both the hiking trails and riverside cycling lanes. As for whether the marketing efforts will be more effective than those promoting the 1-day bike ride from Taipei to Kaohsiung, Ko pointed out that the two trips are different in nature – the bike ride highlights the cycling industry while the Taipei Grand Trail focuses on city marketing.

Regarding criticisms from city councilors that Taipei’s cycling trail network is not comprehensive enough, the mayor pointed out that the challenges of the planning process is that unlike Amsterdam which has to integrate the 3 factors (pedestrians, bicycles, and cars), Taipei’s masterplan has to deal with 4 elements – pedestrians, bicycles, cars, and motorcycles. It is a challenge to balance all these modes of transportation, and that is why the design of the cycling network extends 10 years into the future – hopefully the number of motorcycles will diminish by that time.