On January 8, Mayor Ko Wen-je arrived at the East district to take part in the New Immigrant Family Day and joined immigrants and citizens for some family fun. He tried out some tea and handmade sweets made by foreign-born immigrants and second-generation immigrants, as well as browsed the handicrafts on display. 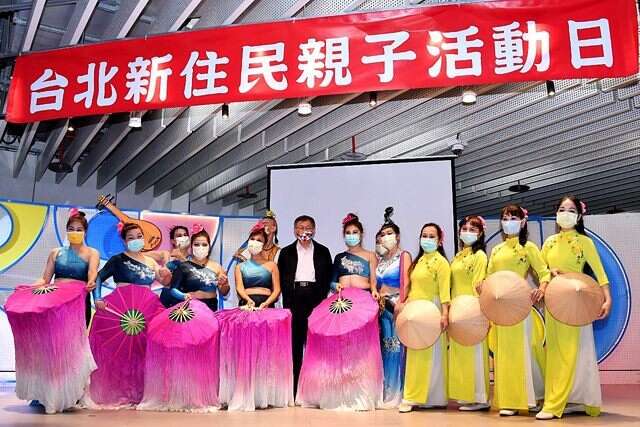 During his address, Ko stressed that the political values of the city government includes democracy, freedom, tolerance, and diversity. The goal is to create a city that is livable and sustainable, and immigrants are considered to be an important element contributing to the diversity of Taipei City.

The city government offers services to new immigrants through facilities such as New Immigrants’ Hall, social care stations, and women and family service centers. There is also a New Immigrants’ Commission under the Department of Civil Affairs. He welcomes the participation of friends from abroad through Taipei’s participatory budget, hoping that they will speak out for their own rights.

The mayor pointed out that in recent years, new immigrants have become one of Taipei’s most important assets. They bring with them authentic culture and flavors from their home nations. Citing new local events such as Philippine’s Masskara Festival and the Floating Lantern Festival of Thailand, Ko remarked that these festivities successfully brought everyone together.

Due to the impact of the pandemic, many new immigrants were unable to visit their countries of origin. He understands the homesickness our expat friends are experiencing. That is why the city government strives to provide support, hoping everyone can work together to create an open and inclusive society here in Taipei.