Mayor Ko Wen-je attended the opening ceremony of the 2022 Beitou Witch Enchantment Festival in Beitou District on August 5. He voiced his anticipation for the “magical” transformation of the hot spring commercial district during this period. He also expressed his gratitude to Chairwoman Chou Shui-mei of Taipei Hot Springs Association and the chairpersons of hot spring associations across the island for attending the event in person. 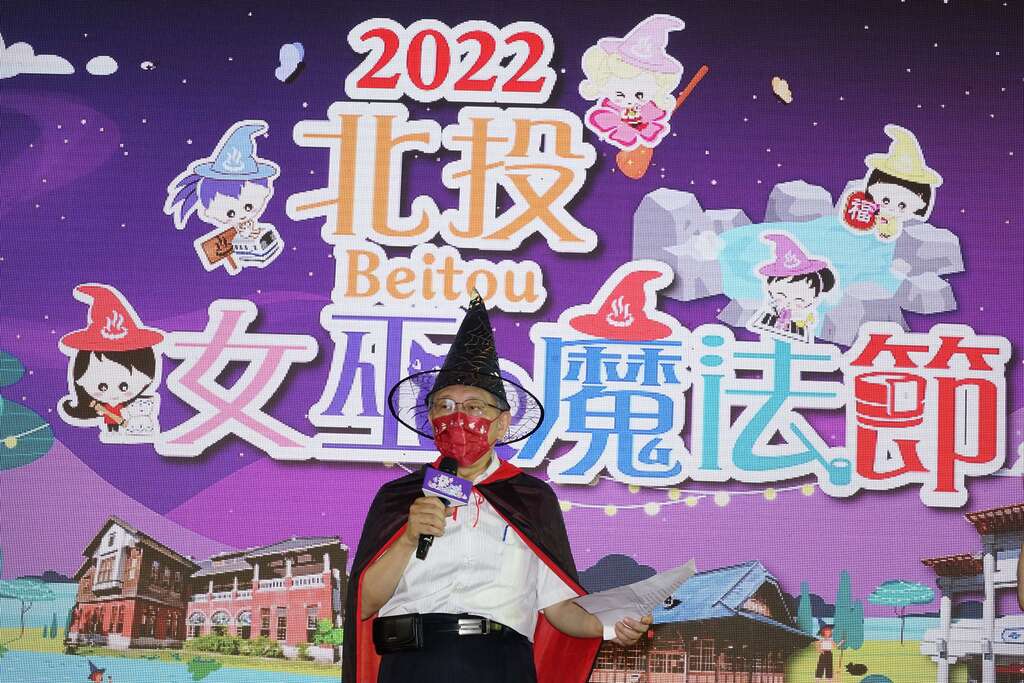 During his speech, Ko pointed out that Beitou District boasts natural resources such as hot spring, unique rock formations, and vast mountain forests. These treasures form the solid foundation of the district’s century-old hot spring industry. However, he also stressed that Beitou has also inherited a rich cultural heritage. Unfortunately, not many people are aware of this element. Otherwise, this characteristic will definitely attract more visitors to the district.

The mayor stressed that he has been promoting the concept of a wall-less museum for the past 8 years. In Beitou, there are many landmark structures that help highlight the concept. Examples include the century-old Beitou Train Station wooden building, which has recently been moved back to its original site; the Zhongxing New Village, which is slated for completion within the year; and the refurbishments of Beitou Hot Spring Museum and Thermo Valley, which have been completed in July.

Ko believes that it is not enough for a tourist destination to make money only during winter. That is why the Beitou Witch Enchantment Festival is taking place in the summer, since the organizers seek to create another occasion for tourists to visit Beitou District.

In line with the festival lasting from August 4 through September 4, major facilities in the neighborhood (such as the Beitou Public Library and Ketagalan Culture Center) will extend their business hours accordingly. The Hot Springs Library will remain open around the clock during this period as well.