Head of Mission at the Saudi Arabian Trade Office

Mr. Mohammed Essam M. Khashaan is a man of many worlds. An individual with a passion for deep exploration of the cultures of different peoples, who though still a young man has immersed himself in the cultures of numerous lands. His homeland is Saudi Arabia. He has spent years in the United States, including studies in business management and international affairs at Boston’s Suffolk University. European culture is also familiar to him, with time spent in language studies on the continent. And today he is exploring his first East Asian culture, while serving as head of mission at Saudi Arabia’s representative office in Taipei. 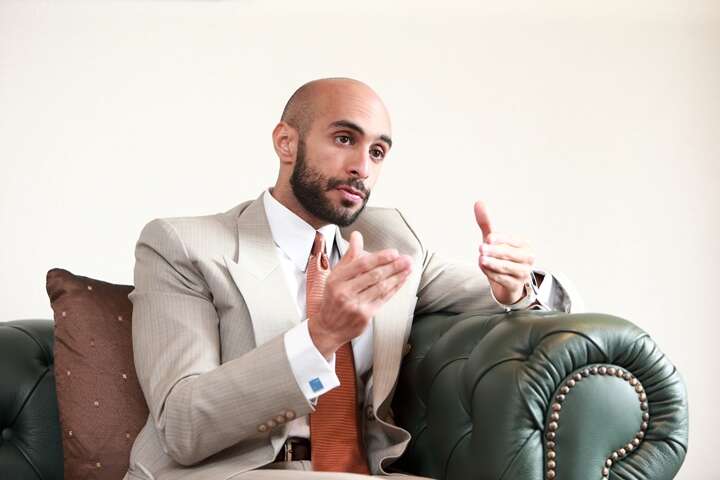 Q: What are your goals while here?

“I was assigned to Taipei last year, early 2016. On a personal level, I want to discover the place in-depth, to experience the depth of the Chinese heritage and culture. I have made many visits to the National Palace Museum, and constantly visit those places that will give me a sense of the Chinese heritage, which is both profound and amazingly wide-ranging.

“In my professional capacity, I want to do my best to strengthen and tighten the Taiwan-Saudi Arabia relationship. It is a very deep relationship that was started in 1974 with King Faisal, who visited Taiwan and was hosted by President Chiang Kai-shek. That visit was Step 1 in the relationship. Today Saudi Arabia is no. 8 worldwide in terms of trade with Taiwan, and no. 1 in the Middle East. Our main product is of course oil, and we also sell agricultural produce, most notably dates. In turn, Taiwan is a source of technology and high-tech products for us, and we also engage in agricultural and other exchange. For example, Taiwan engineers have played a huge role in helping us enhance our dates and other fruits and vegetables.”

Q: What impressions of Taipei/Taiwan have you formed?

“Taipei is a really different place. Actually, I was aware of Taiwan before my assignment. One of my favorite journalists is Thomas Friedman (economist, author, and New York Times op-ed contributor). He has written many things about Taiwan, and has stated that Taiwan is one of his favorite countries after the United States. What I like about Taiwan is that although it lacks natural resources, it has entrepreneurial people. I really admire countries that invest in their population, because such investment lasts longer, bringing long-term returns.” Natural resources are finite, he says, but cultivating one’s people spurs growth that takes on a life of its own.

“So I had some background before arrival, but what had the biggest impact on me when I first arrived was how kind the local people are, and how open-minded. Before coming, I thought perhaps there would be a certain sense of cultural isolation. When I came to Taipei I did not expect it to be so open.”

“I often say to others that Taiwan is a choice location if you want to start living in Asia. It is quite globalized – the people are becoming ever more open and worldly. Despite the fact it’s an island country and people have what you can call ‘islander’ behavior, meaning a certain reserved nature and initial tentativeness with outsiders, it is open and cosmopolitan.”

Q: How have Taipei’s many “Muslim-friendly travel” improvements been helping visitors from overseas?

In recent years the central and Taipei governments have been systematically promoting Muslim-friendly travel, setting up special facilities such as prayer rooms in public locations and information on Halal-certified restaurants and hotels.

“I loved it when I first learned of these efforts. Many visiting Arab businessmen, for example, are curious about Taiwanese food, yet at the same time face culinary barriers, religious and cultural. All the fresh Taiwan seafood is acceptable, but of course there is the pork prohibition, and you sometimes find pork products in unexpected places – for example, lard is sometimes used in boiling noodles – so the program is very useful. But we’ve found that Muslim travelers are not yet always aware of its existence – it is not yet always automatically presented – so we are still commonly asked by visitors where Muslims stationed here eat.”

“In Islamic teaching, you have orders to follow. But in places like the US, Taiwan, etc., where Halal places are limited, you have the license to eat more freely. Some people are strict; it depends on the person. I am flexible, for example, and the most important thing is cleanliness.” Freshness, he says, is also key. He finds Taiwan’s seafood excellent, and explores it widely.

Q: What are your favorite Taipei free-time enjoyments?

“It depends on the weather. If nice, I like to go biking. I also enjoy hikes in the mountains around Taipei Basin (台北盆地), which are so easy to get to – Yangmingshan National Park on Taipei’s north side, Elephant Mountain (象山) and the other trails on Sishoushan (四獸山; “Four Beasts Mountain”) on the Xinyi District south side. Taipei day-hikes are convenient, and very pleasant.”

“I also do a little research each week on restaurants to hunt down. In Taipei you have endless small, nice restaurants, not found on the main streets, but down the side streets. With a little digging you can discover great little treasures – cafes, eateries, etc. I enjoy dipping into local neighborhood alley grids, around our offices here in Tianmu (天母) and downtown, meandering up one alley and down the next. You constantly come upon attractive new ‘unknown’ places.”

Q: What would you recommend as “Taipei-must” experiences for visitors?

There are a number of places and things that Mohammed strongly recommends for any visitor to Taipei.

After already having talked about the delicious beef noodles, and how good the seafood is here, he says, “I also must mention the local fresh fruits, so delicious and wide-ranging. Surprisingly, considering how precious arable land is in Taiwan, the prices are very reasonable,” noting this is likely because transportation costs are lower here than in larger developed countries.

Stretching the idea of “must-experience” a bit, he also recommends Taipei’s medical tourism. “There are high-quality facilities here where you can go for a check-up or treatment, where the facility is like a hotel, but is a hospital/medical center at the same time. In the Middle East, Lebanon and Jordan are renowned destinations for medical tourism. Taipei’s (and Taiwan’s) services and facilities are first-rate, and the prices are quite cheap compared to other countries.” 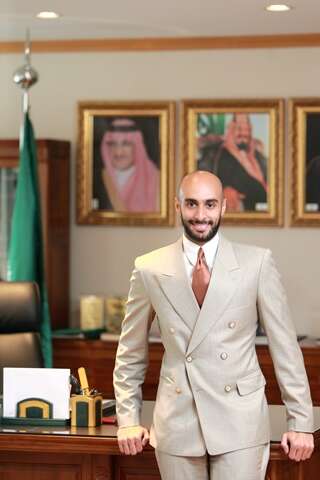 Q: What recommendations do you have for further enhancing Taipei tourism?

“I feel that Taipei has the potential to become a premier city for tourism. Right now there is a lack of ‘advertising.’ Perhaps this is a cultural matter.” He’d like to see more places developed with clusters of attractive cafes and restaurants, notably in beach and other local waterside areas, with outdoor activities to bring people outside. Those places that do exist tend to be quiet, he says, lacking a festive or party atmosphere – more like hideaways than the more boisterous places that would attract tourists. At area hotels, for example, he’d like to see hotspots “that bring people out of their hotel rooms at night,” noting that guests tend to settle into their rooms after the evening meal. This would grab more tourist attention for the city.

“Most international visitors come to Taipei for business. Such attractions would be like ‘bait’ serving as an enticement to spend more time, or to come back again with friends/family.” He cites MAJI Square (MAJI 集食行樂) in Taipei Expo Park as a fine example of this. Billed as a “lifestyle market,” packed with restaurants, pubs, and fast-food kiosks with outdoor seating provided for patrons in a central area, MAJI Square is popular with expatriate residents and is on the map of ever more international visitors. Foreigners have also moved in as business owners. Music and other types of outdoor entertainment are provided weeknights and on weekends/holidays.

The Beitou hot-spring resort area, on Taipei’s north side, would be another place where a cluster of outdoor cafes in the central Beitou Park (北投公園) area would add greatly to the rich history and hot-spring culture ambience. “Most people come and stay just for the hot-spring experience. But with nice outdoor cafes, instead of just going to your room for a mineral bath in isolation, the point of a trip would be a collective experience, with communication and interaction, bringing more tourists.”

“I’d like to end with one special point. Today there is talk about making countries and cities ‘Muslim-friendly.’ But in fact it’s not that complicated. Any place can be a ‘Muslim-friendly’ place. This simply means a place where you can go and enjoy yourself appropriately. Some people are conservative – not just Muslims – and thus don’t go to nightclubs and such spots. They may enjoy the mountains, they may enjoy nature, they may enjoy sitting down to a good steak, and so on. I totally understand that the people of Taipei and Taiwan want to create a ‘Muslim-friendly’ destination, but I always state that ‘It’s not that complicated.’”

So, Taipei’s ongoing efforts to create facilities specifically dedicated to making the Taipei days of the Muslim visitor from overseas more pleasant are much appreciated. But the city will be happy to know that in the eyes of Muslim sojourners it has in fact been an attractive and welcoming Muslim-friendly city all along! 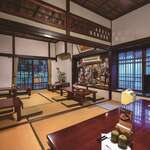 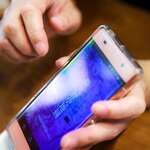