▲Taipei has an abundance of parks where kids can have some fun. (Photo/Myles Tan)

Taipei is a highly liveable city. It boasts a very well-connected public transportation system. It is super safe, very easy to navigate, and there are loads of outdoor places to explore. You can’t walk for more than 10 minutes without discovering a park. There are excellent mountain hikes within the city limits. Riverside bike paths stretch for kilometers. The public spaces are also well-maintained and family-friendly. Taipei has so much to offer; visitors and locals alike are spoiled for choice. And if you are struggling to decide where to take the kids this summer, no sweat. Here are five family-friendly destinations within Taipei where you can chill out this summer.


TAIPEI WATER PARK
To say that summer in Taipei is hot is an understatement. The summer humidity can be so overwhelming that most people tend to hide away in their air-conditioned apartments. But on a sweltering summer day, there is nothing more refreshing than taking a dip in the pool. It is even more amazing if that pool comes equipped with giant water slides! ▲Not only does the Baroque-style Museum of Drinking Water provide educational information on water conservation, but it is also a hotspot for bridal photographs! (Photo/Taipei Water Park)

The Taipei Water Park (臺北自來水園區) is located in Gongguan (公館) and lies only a short walk from MRT Gongguan Station (捷運公館站) and the Gongguan commercial district. The nearby Gongguan Riverside Plaza (公館水岸廣場) is another perfect space for the whole family to enjoy a bit of cycling. Besides the water slides, there is a large wading pool complete with playground equipment that will keep the kids busy. It’s not just your typical water park, though. The site is also home to the Museum of Drinking Water (自來水博物館). The museum, housed within a Baroque-style building built in 1908, was a water intake unit that collected water from the Xindian River (新店溪) and also a water pump house/purification plant that provided water to 120,000 users in Taipei. It was a remarkable construction a hundred-plus years ago as it represented the modernization of Taipei’s water supply system. Nowadays, it serves as a museum that provides interesting and educational information on water conservation, and much of the original equipment remains on display inside. This park will cool the kids down when the weather heats up. TAIPEI ZOO
With an esteemed history that stretches all the way back to 1914, the Taipei Zoo has been a mainstay in Taipei for over a century. Originally based in Yuanshan (圓山) in the northern suburbs, the zoo was relocated to a purpose-built site in Muzha (木柵) in 1987. It is easily accessible and sits at the very southern end of the MRT’s Wenhu (文湖) Line. With admission costing only NT$60 for adults and NT$30 for kids, it is a cheap day out for the whole family. ▲The Taipei Zoo boasts creatures from all over the world. It’s a must-visit for curious animal lovers! (Photo/Taipei Zoo)

The Taipei Zoo is home to creatures from all over the world and is the perfect place for young children to get up close and personal with them. The headliners of the show are in the Formosan Animal Area. This area houses animals indigenous to Taiwan, and many are very rare or endangered species in dire need of conservation. There are various species of deer, the clouded leopard, Formosan rock macaques, pangolins, the leopard cat and the elusive Formosan black bear. The black bear has even become an unofficial mascot of Taiwan in recent years. 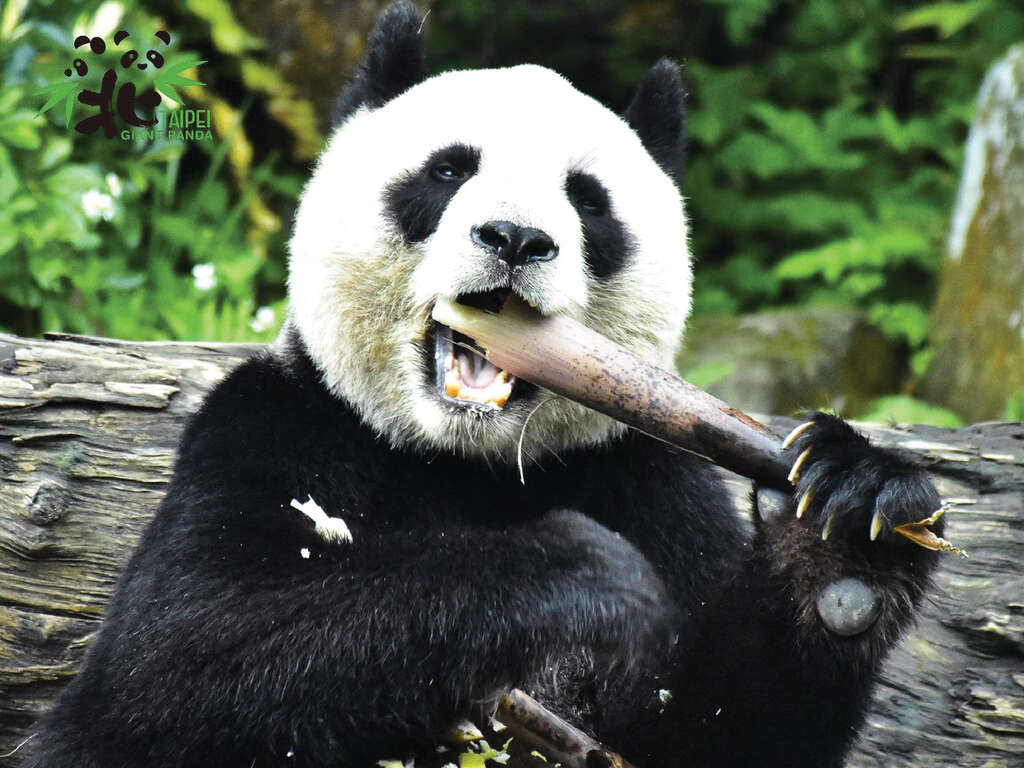 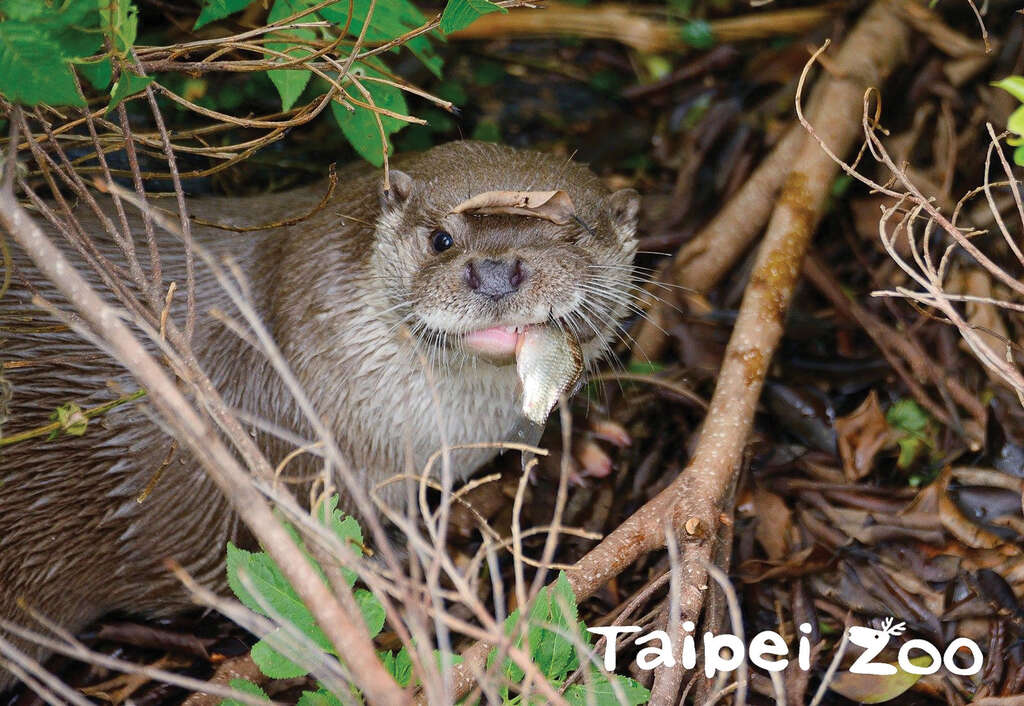 In addition to the Formosan residents, there are many other international and domestic species for children to learn about. Highlights include the Children’s Zoo, where kids can interact with domesticated species such as alpacas, llamas, miniature horses and more. The Australian Animal Area is home to the famous Australian icon, the kangaroo, and the African Animal Area is where the legendary beasts of the great continent reside. There are zebras, giraffes, rhinoceroses, elephants, gorillas and of course the king of them all, the mighty lion. ▲As one of the largest zoos in Asia, Taipei Zoo also offers an internal shuttle train/bus service which only costs NT$5 per ride!

TAIPEI CHILDREN’S AMUSEMENT PARK
The name just about says it all! This is where to go if the kids just want to go wild and have fun. Taipei Children’s Amusement Park (臺北市立兒童新樂園) is located in Shilin District and is guaranteed to be an action-packed day out, even for parents. While the park is meant for kids, parents can jump on a few of the rides, too. There are all the typical rides you’d expect at an amusement park. There is a Ferris wheel, a roller coaster, a pirate ship, and a giant slide, just to name a few. There are lots of options for restaurants in the park as well, mostly fast food chains. Street performers also appear on occasion, and there is a theatre featuring shows by the IFKIDS Theatre Company (如果兒童劇團). The best part is that the park is very affordable, unlike typical amusement parks. You can let the kids rampage all day without going broke. For the basic entrance fee, it will cost NT$30 for adults and NT$15 for children aged 7 to 12. For each ride you choose, there will be another charge from NT$20 to NT$80. You can also get a one-day pass for NT$200 per person, which allows you to take any ride in the park as many times as you can handle. And to make it easier, you can use your EasyCard to pay. So, you can top up your kid’s card and let them decide how they want to spend their budget. 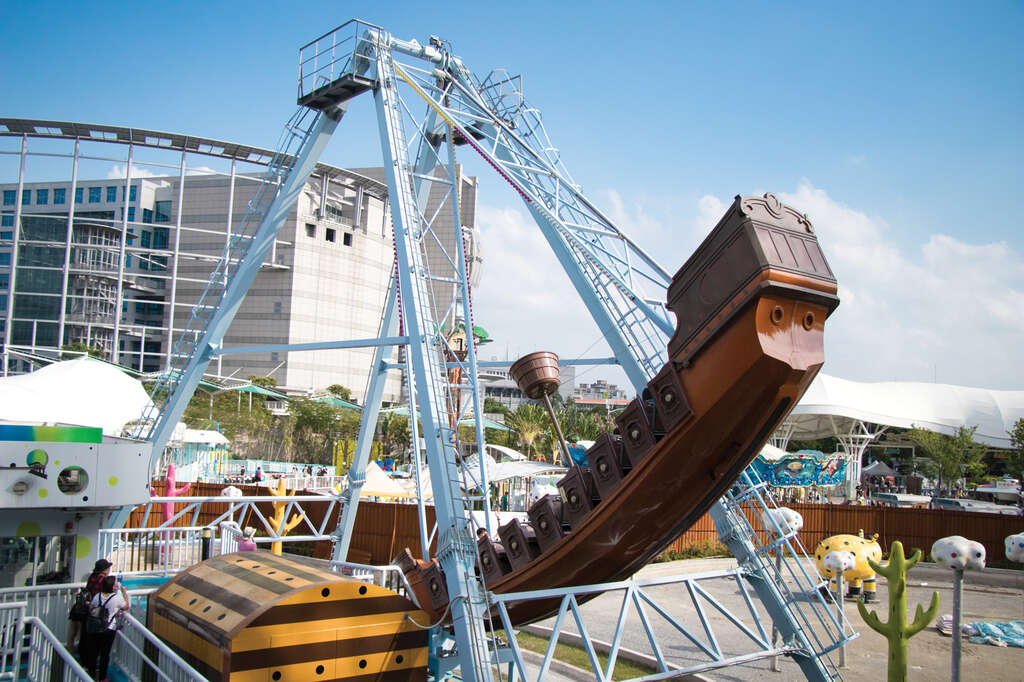 ▲Taipei Children’s Amusement Park boasts a variety of large amusement facilities that can be enjoyed by children, and even parents, too.

SHANSHUILU ECOLOGICAL PARK
​To imagine what was once a dreadful landfill being resurrected as a welcoming oasis, a place of regrowth, seems too farfetched. However, Shanshuilu Ecological Park (山水綠生態公園) was once the Shanzhuku Sanitary Landfill Site (山豬窟垃圾衛生掩埋場), located in the southeast corner of Nangang District in eastern Taipei. In 2003, plans to convert this large landfill began. Once the landfill was officially closed in 2011, more than 1,700 trees were planted. Shortly after, wildlife began to return to the massive 21-hectare area, which is said to be the largest tree-covered area in all of Nangang. Much of the waste management infrastructure, or the very waste itself, has been converted and repurposed. The former recycling plant has now become the visitor center, and the garbage truck wash bay enjoys a second life as a cafe. Hundreds of thousands of aluminum cans are now an art installation, and old power poles are the support beams for an observation deck. ▲The Shanshuilu Ecological Park was once a landfill site but now turns into a play ground with zip lines, slides and more.

This park is the place to go if you want to relax in the sunshine or ride a bike, which is free for visitors. Don’t forget to bring your picnic blanket and lunch with you, as you might stay there longer than you think. Kids can never get enough of the zip lines and sand pit in the park. ▲The Shanshuilu Ecological Park was once a landfill site but now turns into a play ground with zip lines, slides and more.

Shanshuilu, meaning green mountains and water, is inspired by the poem “Fishermen (漁翁)” by the Tang Dynasty (唐朝) poet Liu Zongyuan (柳宗元), a statue of whom stands as a monument in the park. It is a step in the right direction that the young generation can seek inspiration from. ​​​​​​​▲Most of the waste, such as recycled cans, and the management infrastructures in Shanshuilu Ecological Park have been repurposed into massive installation arts.

HSIN HSIN PARK
​​​​​​​Located in the eastern part of the city, Hsin Hsin Park (新新公園) in Nangang was opened to the public in early 2020. Considering the Nangang area serves as a key transportation hub between Taipei and its neighboring cities in the east, Keelung (基隆) and Yilan (宜蘭), in the near future, the park is expected to decrease the “heat island effect” and dissipate the heat in the area to make the entire region much more livable and sustainable. The park is a picturesque wetland with wooden walkways crossing over the water. The gargantuan Taipei 101 can be seen in the city skyline in the distance. Sunset is the perfect time to snap a couple of photos. Besides the scenery, the centerpiece of the park is the double slide with a miniature rockclimbing wall on top of the hill, which is perfect for thrill-seeking kids (and parents). There is also a zipline and other interesting playground equipment to keep everyone entertained. All the park amenities are brand new and the toilet blocks are close to the playground. Hsin Hsin Park is only a short walk from MRT Kunyang Station (捷運昆陽站), making it very easy to get to. This spot is perfect for a little family picnic, and it’s totally free; a nice addition to the already extensive selection of parks in Taipei. COVID-19 alert
A friendly reminder: Due to the outbreak of COVID-19, there might be safety/hygiene measures enforced at each destination, such as the mandatory wearing of masks or temperature check. 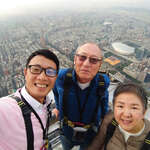 TAIPEI Summer 2020 Vol.20--Six Things to Do with Your Parents in Taipei
List 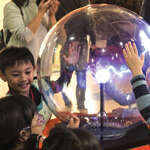