Joyce Liu (劉雨欣) is one of the lucky ones. She spends her workdays doing what once filled the dreams of her teenage days. Here’s her story; her journey of taking the passion of her dreamy teenage days to her responsibleadult days.

DAWN OF THE ÁNGELES BRAND
Joyce is an independent designer of fashionable children’s wear who enjoys a solid reputation at home and a growing reputation abroad, notably in Japan and Europe. She specializes in children’s wear for girls 2 to 12 years old, and a few years ago began adding attire for moms, since it is moms that do almost all of the shopping at her two retail outlets. Her original-cum-flagship store and workshop, called the Ángeles Studio & Shop (安荷童裝), is on a quiet lane in Taipei’s renowned Yongkang Commercial District (永康商圈), a popular tourist draw filled with eateries, cafes, teahouses, and boutiques.

She dabbled in making clothing in her teen years, but her first serious stab at the art form was during a stay in Barcelona, Spain, where her brother lives. This turned out to be a false start. “My designer garments were too expensive,” she says. “I was not operating at the high end, inhabited by Europe’s world-famous designers. However, I found there was a gap between this and mass-market chic labels like fast-fashion Zara, and potential customers consistently went for such brands because of cheaper price.” ▲Joyce Liu is blessed to be able to pursue a career that she truly loves.

Afterwards, she pursued architectural studies back in Taiwan. But this proved a false start as well. Joyce saw that a young architect’s life was spent working nights and weekends, and when she became a mother (she now has three girls), she decided this was not her dream come true. She began designing and making children’s clothes in her home, inspired by her growing family. And after finding sales success, she decided to open a formal workshop/ store. “My auntie, a former interior designer, had opened a successful European-style bakery, Boîte de Bijou (珠寶盒法式點心坊), on a quiet lane in the Yongkang Commercial District, and suggested I open there, saying many new cultural-creative boutiques were moving in.”

She opened Ángeles Studio & Shop in 2010 — right next door to Boîte de Bijou. Today she has 15 employees, including a second designer. “Many people assume that the ‘Ángeles’ in our name is referring to the children we make clothing for as ‘angels.’ This is indeed our feeling — simplicity and purity are the most precious traits of children, and also describes our design philosophy. In truth, however, ‘Ángeles’ is the name I chose for myself when in Spain, since locals had difficulty pronouncing ‘Joyce.’” TRIALS AND TRIBULATIONS
When she returned from Spain, she says, she brought back something very important. “My garments have a strong European flavor. You might call my style ‘European-style minimalist elegance.’” She uses limited adornments/accessories, preferring clean cuts and lines. “I also prefer to let the beauty of fine fabrics speak for itself, without distraction by flair. And for most designs, I’ll use just one or two colors.” The results, though visually quiet in relation to clothing with an ebullient mix of colors or bling, are nevertheless bold and striking in effect. This initially resulted in some problems in the Taiwan market, though her designs have always caught the fancy of overseas professional buyers, especially from Europe and Japan. “Taiwanese customers are comparatively reserved and conservative in their clothing choices,” she states. “They tend not to want to stand out from the crowd, and tend to watch and identify [when] fashion styles first emerge, then join in when the fashions are proven.” This meant resistance to her simple, elegant, yet ”too bold, too different, too attention-getting“ designs. “Taiwanese have a liking for more cutesy children’s clothing, often with bright, loud colors, cartoon characters, and so on.”

With time, however, she has built up a loyal clientele of parents with more appreciation for the art in her works. She also has many “serendipity” customers — people browsing the shops and boutiques in the Yongkang area who happen upon her lane and are drawn by the attractive Ángeles façade and designs on display through the large windows. This effect, she has noticed, is notably strong among Westerners and Japanese. “I also have foreign customers, from Spain, Germany and Japan, that make special visits each time they are in Taiwan.” ​​​​​​​▲Inspired by her growing family, Joyce’s dream of being a fashion designer finally came true when she began designing and making children’s clothes for her children.

In the beginning, Joyce leaned more toward darker, more natural earth-tone colors, in part influenced by Europe’s strong eco-movement. However, in recognition of her Taiwanese customers’ leaning toward brighter colors, she now rolls out brighter designs — and also incorporates “small yet chic dashes of ‘flair.’”

For her design inspiration, she says, “I rely on serendipity. Moments from everyday life will pop ideas into my head. It may be a picture I see in a magazine, a little life vignette that unfolds in front of me, a pretty scene I encounter when traveling or moving around the city.” By way of example, she pulls out a number of blouse/skirt sets based on the dynamic colors of paintings by Van Gogh, one of her favorite artists. One, based on The Starry Night, has a line of medallion-like fabric circles on the collar with stitched-art renditions of a Van Gogh-style crescent moon. The silver skirt, which sparkles like tinsel, gives off the effect of a sky filled with sparkling stars. She has lightened the base colors for the Taiwan market. ​​​​​​​▲Not only is Joyce expert in children's clothing design, but she also designs dresses for mothers, which are as popular as children's wear in her store.

SOMETHING NEW EVERY VISIT
Joyce unveils “From 20 to 30 new designs each season, with a number of other designs contributed by other Ángeles designer. Each is made with two variations; i.e., two different color combinations. A total of 12 to 15 copies are made of each variation in each garment size offered.” This ever-changing catwalk of new works has resulted in a solid portion of her customers revisiting seasonally.

She also uses different materials in the different seasons. In summer, for example, “I make heavy use of light, thin cottons and linens, which breathe well and maximize wearer comfort in the face of Taiwan’s high humidity.” ​​​​​​​▲Joyce uses different materials for different seasons for her garments to maximize the comfort of her valued customers.

The distinctively classy designs rolled out at Ángeles have also caught the eye of local celebrities, and Joyce says that “I’m often approached by well-known personalities to specially create one-off designs for their children, for public performances by the youngsters and other special occasions. I do these on my own, without input from the customer, after assessing the youngster’s personality and preferences.” Asked by TAIPEI to divulge some of the biggest names, she politely demurs, citing confidentiality.

FAMILY FUN DAY: DESTINATIONS FOR ART ADDICTS
Joyce says she has noted that “many of our customers will build a day-outing around a visit to our shops, bringing their children.” There’s almost no end to the tourist-oriented Yongkang Street area’s supply of eateries and shops selling food and drink that will meet youngsters’ high standards, of course, from fruit juices to sweet baked goods, Western- and Chinese-style to shaved-ice wonders.

As do some of her customers, Joyce will take her own children to the Pinmo Pure Store (品墨良行), on Yongkang Street. This is an artsy-craftsy paper/zakka store, and part of its façade has been made to look like a vendor stand, with a friendly bunny greeting customers who walk up to buy fresh-made cake and cookies over the counter. Inside are art papers and a variety of designer paper products, such as notebooks, calendars, postcards, and bookmarks. DIY workshops are regularly held, making all the same items as just mentioned, and youngsters love rummaging through the cornucopia of creative materials — different papers, wood materials, dried flowers, petals and leaves, rope sections, and oodles beyond. The first is a heritage winery complex transformed into a cultural-creative hub. It is home to dozens of chic designer boutique shops, eateries, and cafes, and serves as a venue for large-scale exhibits, cultural/arts performances (especially on weekends), and workshops for the cultural/creative arts. As well, an indie-designer bazaar is hosted each weekend, brimming with precious-gem handicrafts and knick-knacks. ​​​​​​​▲Huashan 1914 Creative Park is a cultural-creative hub, home to dozens of chic designer boutique shops, eateries and cafes and serves as a venue for exhibits and performances. (Photo/Yenping Yang)
​​​​​​​
The second is in Songshan Cultural and Creative Park (松山文創園區), a converted tobacco-factory complex. A few years back Eslite Spectrum was named one of the “world’s coolest department stores” by CNN Travel. This Eslite facility is a multifunction mall-type space combining a bookstore, dining options, and cultural creativity. Many well-known Taiwan designer brands have an on-site presence, and various designers of crafts and handicrafts have set up workshops or DIY studios. ​​​​​​​▲Once home to the first modernized tobacco factory in Taiwan, the Songshan Cultural and Creative Park has now been repurposed and transformed into a creative hub that hosts cultural and creative exhibitions and performances. (Photo/MyTaiwanTour) ▲Eslite Spectrum Songyan Store was named one of the “world's coolest department stores” by CNN travel. You may find gourmet restaurants, designer crafts and creative boutiques in this multifunctional mall. (Photo/Taiwan Scene)
​​​​​​​
At last, when talking about her hope for the future, Joyce envisages that Ángeles Studio & Shop will inspire other local designers to dive into children’s modern fashion wear, expanding their recognition and collective marketing power among local consumers. Building on this, Taiwan will thus also be able to build a presence on the international stage, as she is now doing individually. 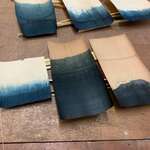 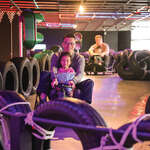 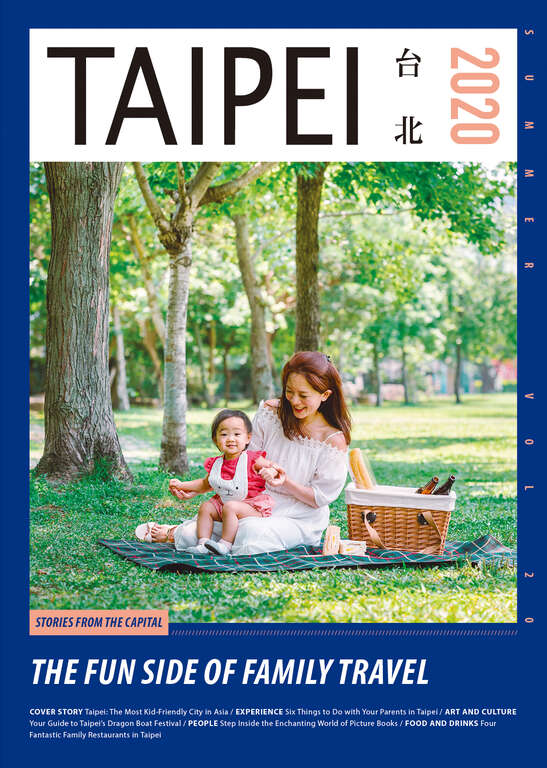