Since the Constitutional Court ruling in favor of same-sex marriage, Taipei’s drag scene has been going from strength to strength. Ahead of 2020 Taiwan LGBT Pride, we take a closer look at this fabulously fierce, or as the queens (and kings) themselves call it, “sickening” performance art. ▲Take a close look at the “sickening” drag scene in Taipei, which is considered one of the most creative and fierce in Asia.

It’s a warm Friday evening at Café Dalida. The crowd is enraptured by the electric energy of a lip sync duet. Two of Taipei’s powerhouse drag queens, Yolanda Milan and Elja Heights, are delivering a jaw-dropping rendition of “Take Me or Leave Me” from the hit Broadway musical Rent. The song’s final refrain has people on their feet. A wave of cheers, screams, and finger snaps drown out the last few notes of the song.

Taipei’s queer scene is giving us life right now. Since the city emerged a couple of years ago as a regional leader in LGBTQI+ rights, its scene has only been getting better and better. Pride Month, which here happens in October, is arguably the biggest event of its kind in East Asia. Queer events like Blush and C.U.M. (Create Ur Magic) book international drag superstars from across the RuPaul’s Drag Race multiverse. And a nascent drag king culture is challenging the city’s already broad tradition of queer artistry. But things weren’t always like this. Here are a few things you should know about Taipei drag and the queer community that supports it. TIMES HAVE CHANGED
Alvin Chang is the owner of Café Dalida, one of Taipei’s most popular queer bars. Speaking to TAIPEI as he waters several dozen botanicals on its leafy terrace, he remembers a time when the LGBTQI+ community was regarded very differently in Taiwan. “Gay people didn’t want to be seen,” he explains.

Twenty years ago, most of Taipei’s queer scene operated discreetly out of basement bars and cafés. A night out back then usually consisted of barstool karaoke and dancing the cha-cha, a quirk Alvin himself still can’t get his head around. Queer performances did exist, but most of them were pageant-style shows such as those by the theatre group Redtop Arts (紅頂藝人). “It was more female impersonation than it was drag,” says Alvin.

As a student, Alvin traveled across Europe and returned to Taiwan with a love of pop and Western-style drag, both of which he brought to his first gay night at the now-defunct club Source. Arguably the only drag event of its time, it showcased a diverse roster of local and international talent. Some of the queens later went on to work in TV and film, most notably the late comedian Da Bing (大炳) who was known for his dramatic celebrity impressions. Despite this, Alvin resented the closeted nature of Taipei’s gay scene, where everything had to happen behind closed doors. “I would come from the club before sunrise with the stink of cigarette smoke on my clothes,” he remembers. “I wanted to create a space where queer people could sit out under the sun, where we wouldn’t have to hide who we were.”

PUTTING DRAG UNDER THE SPOTLIGHT IN TAIPEI
In 2006, Alvin secured a cheap lease at The Red House (西門紅樓), back then a neglected back alley of boarded-up shopfronts. The alley’s layout, which sheltered it from the view of the surrounding busy streets, meant that patrons could sit outside without feeling self-conscious about being at a gay bar. Alvin and his cofounder settled on the name Café Dalida in memory of the French singer and gay icon of the same name. “Between you and me, I wanted to call it Café Madonna,” Alvin says with a cheeky smile. ​​​​​​​▲There are lots of LGBTQ-friendly bars and restaurants near The Red House in Ximending, including Dalida itself.

Alvin denies that Dalida is the sole driving force behind Taipei’s resurgent drag culture — “I think it’s getting popular because of RuPaul’s Drag Race,” he smiles. Still, there’s no denying the central role the bar has played in popularizing drag here. A couple of years ago, Dalida began a weekly billing of hugely successful drag shows that spill out onto the street on any given Friday or Saturday. Drag Labs, in particular, draws huge crowds and is an introduction to many new queens who get their start at Dalida. That’s what Alvin wanted all along: “I started doing Drag Labs because I wanted to discover new queens in Taipei and offer beginners the chance to experiment with drag and showcase their talent.” ​​​​​​​▲The cozy outdoor space, graffiti on the wall, neon- lights and the energetic bar welcome guests to Dalida every night, no matter what their sexual orientation might be!

LEADING LOCAL QUEENS TO EXPRESS THEMSELVES
Alvin’s formula of giving the queens free reign over how they want to present themselves and perform has proved popular with both the crowds and the queens. “If I hadn’t met Alvin, I wouldn’t have gotten into drag,” performer Yolanda Milan tells us when we catch up with her after her show. “Some venue owners have asked me to present in a very feminine way or to only sing Top 40 hits. Alvin doesn’t do that. He understands that drag isn’t just about dressing up like a woman or acting girly. It’s about taking performance and enhancing it with your exaggerated character. That could be an expression of who you are or a character that you’ve created; it’s art.” ​​​​​​​▲Queens design and prepare their own make-up and costumes, making each show at Dalida unique and original.

The way Dalida encourages queens to experiment with their performance reflects the kind of drag that Taipei specialises in. “It’s very fresh,” explains Nymphia Wind, another of Dalida’s regular queens. “A lot of us have a different take on drag from what you might expect.” Nymphia’s eclectic style has previously incorporated elements from science fiction, Taiwanese temple art, and ‘60s mod-era fashion. Others, such as Kimmy Green Tea and Marian, imbue their drag with a more fun-loving, kawaii essence. “It really depends on the performer,” says Nymphia. “We make drag our own.” Dalida isn’t the only queer space embracing this more fluid, dynamic style of drag in Taipei. Monthly queer events like Blush at B1 and Pawnshop’s CampX allow audiences to experience the diversity of drag and learn how there’s so much more to it than just dressing up like a woman. “Drag is a way of showing everyone that there’s more than one way of looking and behaving,” explains Yolanda. “Like for me, I identify as a man, but I’m also quite feminine. In the past, that was seen as a bad thing, but through drag, we’re showing people that it’s not only OK to be feminine, but also that you can take joy in your femininity.” DRAG CREATING CHANGE WITHIN THE COMMUNITY
The idea that gay men can embrace their femininity is one that communities around the world are still coming to terms with. Alvin recalls, “Until twenty years ago, there were lots of Taiwanese queens here, but then many of them gave up drag because of this idea that if you were a sissy boy in a dress, then you couldn’t find a boyfriend.” For a while, he could only find foreign queens to perform at Dalida. “I just got used to drag queens being westerners. I had to.”

When Dalida first opened, traditional cis-gay bars were the norm in Taipei. As a result, Alvin’s first drag shows were met with complaints from customers, who called performances noisy and intrusive. The mood changed, though, after Taiwan’s 2017 Constitutional Court ruling in favor of same-sex marriage. “It made us feel like we didn’t need to hide anymore,” he adds. For many queer people, Taiwan’s movement towards marriage equality made them feel less self-conscious about their own identities. “Many guys have a little girl in their heart. They’re just afraid to show people that.” Alvin smiles, “But I think things are starting to change. You can even go to somewhere like G-Star (a typically cis, two-story dance club in Zhongshan District) and see gays embracing their feminine side — now everyone can be like Barbie!” he beams. ​​​​​​​▲As in every drag show in the world, lip syncing is always the highlight of the night.

As drag gains more widespread acceptance in Taipei outside of the LGBTQI+ community, Alvin sees his performances as an opportunity to educate the public on drag as art, especially in and around the Ximending area. “I remember an old lady in the neighborhood walked past our bar at the beginning of a performance. She looked visibly displeased by what she saw. But as the show progressed, I gradually saw the frown on her face fade away, and by the last lip sync, her attitude had completely changed — she loved it.”

Also presenting drag to a wider audience is Belle’s, an upscale bar in Xinyi District which holds nightly drag shows as part of a larger cabaret experience. Alvin explains that what Belle’s is doing is quite important because it’s presenting drag to a mostly straight crowd, who might not otherwise come into contact with queer culture. ​​​​​​​▲As in every drag show in the world, lip syncing is always the highlight of the night.

WHY THIS MATTERS
Raising public awareness about drag and Taipei’s wider queer community does more than just boost drink sales at the bars. Alvin points to the success of Café Dalida, which has previously been visited by political elites such as Taiwanese Premier Su Tseng- chang (蘇貞昌). “When Premier Su visited, it made us feel seen; it made us feel like the government is genuinely interested in knowing what we want.” ​​​​​​​▲Dalida creates a space where audiences can have the closest interaction with the performing queens.

As Alvin sees it, the Taiwanese government has a big role to play in the future of the local queer community. “It’s through their support for us in government — things like including LGBTQI+ materials in school textbooks — that we can increase awareness and erase the ignorance that lingers around the queer community.”

Education generates interest, and that’s what Taiwan’s drag scene deserves. As a performance art, it’s highly entertaining, but to the queens and the community it means something more. As Drag Labs alum Marian professes, “Drag is a way of being myself. It allows me to do things I wouldn’t normally dare to do.” Taiwan’s drag queens and kings are daring, and their authenticity deserves a royal ovation — take it or leave it. ​​​​​​​▲Dalida creates a space where audiences can have the closest interaction with the performing queens.

DRAG AT TAIWAN PRIDE IS SET TO BE “SICKENING”
A full program of jaw-dropping drag shows, performances, and parties are currently in the works for 2020 Taiwan LGBT Pride. With the theme “Beauty, My Own Way,” this year’s event is to raise awareness about queerness and gender identity in Taiwan. The parade is currently scheduled for October 31 and will begin with an awesome Rainbow Market, where you can get kitted up with rainbow gear and support local queer businesses. To find it, head to Taipei City Hall and look for the newly painted (and permanent!) rainbow crosswalk and adorable flag-toting mascot by queer illustrator Zoo of Depression (厭世動物園). ​​​​​​​▲2020 Taiwan LGBT Pride is going to be held on October 31, with a new rainbow crosswalk painted in the square in front of Taipei City Hall just like this one in Ximending. 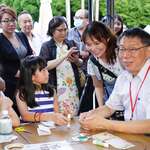 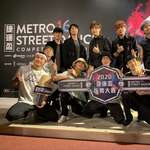