That's the Tea: How to Spend a Perfect Day in Maokong (TAIPEI Quarterly 2020 Winter Vol.22)

That's the Tea: How to Spend a Perfect Day in Maokong ▲Head up the hill on the Maokong Gondola for a stunning view of Taipei while being surrounded by lush greenery. (Photo/jhecking)

Tucked away in the hills of Wenshan District is Maokong (貓空), formerly the largest tea-growing area in all of Taipei. While tea is still grown there, this popular spot in the city’s southeast is best known these days as a site for tea culture, with visitors flocking to sample and learn about their favorite beverage.

High up in the hills, Maokong is also a great place to visit after nightfall, as it offers a stunning night view of Taipei City. Tea farming started in the area when immigrants from China’s Fujian province (福建省), particularly the tea-growing Anxi (安溪) region, settled there in the late 19th century. In the early 20th century, Maokong was a huge producer of Oolong tea and Tieguanyin (鐵觀音), with locally grown crops exported all over the world. Nowadays, it still produces more than 60 tons of tea per year, most of which is consumed in the tea houses spread across Maokong’s hillsides. ▲Make a cup of tea at a Maokong tea house and enjoy a moment of peace and tranquility. (Photo/MyTaiwanTour)

A trip to Maokong is a celebration of the great outdoors. At nearby Taipei Zoo (台北市立動物園), you will find animals from all over the world, such as pandas, Malaysian tapirs and pangolins, as well as a variety of species from across the globe. You may even have a chance to experience new life by visiting baby animals of these many species. While up in the hills of Maokong itself, accessible via the eco-friendly gondola, you’ll find yourself surrounded by luscious greenery and vast expanses of tea plants.

Whether a seasoned tea drinker, or someone looking to discover more about the world’s most widely-consumed drink, a trip to Maokong is ideal for any visitor to the Taiwan capital, and offers a nice escape from the hustle and bustle of the likes of Ximending, Yongkang Street (永康街) and Xinyi District. Here’s how to make the most of a trip to Maokong, starting from Taipei Zoo and ending on an authentic tea plantation.

SEE THE NEWBORN ANIMALS AT TAIPEI ZOO
Founded as Maruyama Zoo back in 1914 during Japanese rule, the zoo’s modern incarnation is regarded as one of Asia’s largest, covering 165 hectares of land and housing animals from across Asia, Africa and Australia, as well as around 130 species of birds.

Attractions include tropical rainforest and desert zones, a reptile house, and specialist habitats for penguins and koalas. Those in the market for cuteness will be pleased to know that the zoo is also home to many animals that can hardly be found outside of Asia. In the area of Taiwan endemic animals, you will find species exclusive in the island like Formosan bear and Formosan serow. Other Asian animals such as Malaysian tapirs and pangolins are also popular with visitors as they have recently given birth to babies. These adorable new members of the zoo are now the stars of the show. ▲Taipei Zoo is home to many rare animals and has welcomed countless new born babies, including Malaysian tapirs.

Among the newborns, baby panda Yuan Bao (圓寶), a second cub to the popular parents Yuan Yuan (圓圓) and Tuan Tuan (團團), is where the spotlight shines. Yuan Yuan and Tuan Tuan arrived at the zoo from Sichuan (四川), China in 2008. They had their first cub, Yuan Zai (圓仔), in 2013. Yuan Bao was born in June and will be able to meet the public from January 1, 2021. RIDE THE ECO-FRIENDLY MAOKONG GONDOLA
The most environmentally-friendly and fun way to get to Maokong is by taking a ride on the gondola. Running from next to MRT Taipei Zoo Station (捷運動物園站) up to Maokong itself, the gondola has four stations, Taipei Zoo (動物園站), Taipei Zoo South (動物園南站), Zhinan Temple (指南宮站), and Maokong (貓空站), and runs for just over four kilometers in total.

Effectively a large cable car, regular cabins seat eight people, while the special crystal cabin, complete with a totally transparent glass bottom, seats five. A trip from Taipei Zoo up to Maokong is NT$120, but discounts are available, including the purchase of one adult ticket allowing two children to ride free.

Allowing passengers to see Taipei from a whole new perspective, you can even see Taipei 101 during your relaxing ascent to the green hills. A ride from Taipei Zoo to the Maokong terminal takes 20 to 30 minutes, but please note that the service often closes during inclement weather as a safety precaution.

TAKE IN THE LOCAL GREENERY IN MAOKONG
An area packed with tea plantations and trees, Maokong is an ideal place to take in some greenery and breathe fresh air. Situated on the edge of the Taipei Basin — a triangular geographic region consisting of Yangmingshan to the north, Linkou Plateau (林口台地) to the west and the ridge of Xueshan Range (雪山山脈) in the southeast — on clear days, you get a wonderful, uninhibited view of Taipei from the hilltop.

Maokong is also a great place for hikers, with one popular mountain trail, the Dragon Trail (飛龍步道), starting at nearby National Chengchi University (國立政治大學). We’d also recommend a stop at Liujixiang (六季香) tea plantation and its accompanying tea house, as well as Yaoyue Teahouse (邀月茶坊).

Both serve locally grown Tieguanyin and Oolong varieties, while the former offers sprawling views of Maokong’s valleys and tea plants and the latter exudes a more secluded vibe, hidden away amongst trees by a small stream.

MARVEL AT THE NIGHT VIEW OF TAIPEI CITY
The view from up in Maokong is extra stunning at night, and popular vantage points to make the most of it are Zhangshan Temple (樟山寺) and Zhinan Temple (指南宮). Other spots you can see Taipei illuminated by hits many city lights, include Tianliao Bridge (田寮橋) and the Maokong gondola platform.

Taipei lit up at night is a sight to behold, and the highlight of the view is undoubtedly Taipei 101 towering above all of the buildings and streetlights below. 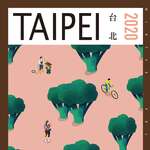 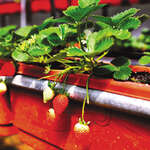