With Each Ending, a Beginning: Hellos and Goodbyes in a Taipei Winter (TAIPEI Quarterly 2021 Winter Vol.26)

With Each Ending, a Beginning:
Hellos and Goodbyes in a Taipei Winter

The strong contrasts experienced in a city are central in defining its unique character. Visitors to Taipei invariably go home with deeply etched memories of — for example — such cultural contrasts as how the city's lovingly preserved works of heritage architecture stand side by side with bold, innovative modern architectural artworks, and how the people of this city revel in all the world's latest tech trends while at the same time warmly embracing their home's deep cultural inheritance, witnessed by tourists in such forms as busy centuries-old temples and the city's legion of old-style shops and eateries run by their founders' descendants.

With entry into the winter period, time seems to approach an end. Yet within the city's spirit, the seeds of new journeys and new beginnings have already been planted, and burst open with great color with the dawn of each new day, new season, and new year. This Taipei season of endings and beginnings brings a cavalcade of dynamism, old and new and traditional and modern blending in unique ways to present a city that is fresh and original.

In these pages we'll tell you all about how you can immerse yourself in the winter/spring turnover, showcasing the deep changes you can experience during a winter visit. From morning through night on a single day, we'll explore the seasonal experiences local folks most enjoy as winter plays host to an arriving spring, and the cultural experiences you can be a part of as locals welcome the two "new" years — the Western-calendar new year on January 1, and the lunar-calendar year on February 1, 2022. The "contrasts" witnessed in these transitions will bring you a deeper understanding of this city's one-of-a-kind personality. ▲For each new day, season, and year, Taipei offers unique contrasts that bring color to the city. (Photo/Department of Information and Tourism, Taipei City Government)

Your Start and End of a Taipei Day
Here is no surprise — the Taipei day rises in the east and sets in the west. The city's morning/evening contrast uniqueness is thus, mostly, provided by its geo-setting — it takes up much of an almost-sea-level basin surrounded by mountains and high hills, with a single river route to the nearby sea.

So, the key is getting up to high points to enjoy the local sunrises and sunsets. The area's highest points are way up in beautiful, sprawling Yangmingshan National Park (陽明山國家公園), at the crown of the mighty Yangmingshan (陽明山, Mt. Yangming) massif. Various lookouts there provide magnificent views of sunrises, sunsets, and right down into the city itself. In the mornings, from most park lookouts there are unfettered views of the forest of peaks down-island coming to life. At the highest points, atop Mt. Qixing (七星山) and Mt. Datun (大屯山), there are also views north to the coast and ocean.

Back down in the basin, one of the best places to go for sunrises and sunsets is Elephant Mountain, officially called Xiangshan (象山), immediately southeast of the heaven-scraping Taipei 101. High up on the popular Xiangshan Hiking Trail (象山親山步道), you'll find the glass of the Taipei 101 building and a forest of other shimmering facades sparkle to life as the sun pops up stage right. At dusk here, you can watch the sun slowly sink behind the mountains and feel the tranquility of nature away from the city. Don't forget to bring your camera, since it's worthwhile recording this beautiful moment!

Even if you cannot make it to Xiangshan, there is still a way to grasp the view. With the 4K TAIPEI TRAVEL LIVE CAM (台北觀光即時影像), wannabe visitors can use their devices to see the coruscating views northwest across the city past Taipei 101. You can virtually check the city's ever-changing moods 24 hours, throughout the transitioning days, seasons, and years. The cam periodically changes its angles and zooms in and out, continually providing new perspectives. Inside Taipei 101 itself, the 89th-floor Taipei 101 Observatory (台北101觀景台) offers a 360-degree panoramic view of the city and gives ocular access to dramatic eagle-eye sunset and night-scene landscapes.

▲Visitors to Bishan Temple can enjoy the grand view of neon lighting up the Taipei night. (Photo/Samil Kuo)

Two other prime viewing venues are Bishan Temple (碧山巖) and Maokong (貓空). Bishan Temple, located in the Baishihu Recreational Agricultural Area (白石湖休閒農業區) in Neihu District, is perched high up on Mt. Bishan (碧山) and directly overlooks the Taipei Basin. Its location affords viewing of both sunrise and sunset rollouts.

The Muzha Tourist Tea Plantations (木柵觀光園區) in Wenshan District take up a side valley off the Taipei Basin. The many quaint and comfy rustic teahouses here, which also serve hearty cuisine, provide soothing sunset/night viewing, with the higher reaches of Taipei 101 seen off in the distance. The most popular way to get here is the thrilling ride over forest canopy in a Maokong Gondola (貓空纜車) car, enjoying the refreshing breeze above the leafy tea plantations.

Your Start and End of a Taipei Season
The Winter Solstice marks the formal beginning of winter (December 21 in 2021), while the Spring Equinox formally marks the end of the cold (March 20 in 2022).

The solstice is celebrated with the traditional Winter Solstice Festival (冬節), also known as dongzhi (冬至), literally meaning "winter's extreme." It's believed that after this day, with daylight hours getting longer, more positive energy flows in. This is a time of family reunion, symbolized with the eating of tangyuan (湯圓), a type of small glutinous rice ball. Their round perfection represents the "perfection" of the full family together. The custom is for each family member to receive at least one large tangyuan in addition to numerous smaller ones, served in a bowl with either a sweet or savory soup. Moreover, eating tangyuan also attracts prosperity — the white ingot-like balls symbolize silver, the red symbolize gold. ▲Eating tangyuan on the Winter Solstice Festival symbolizes a year's passing and the reunion of family. (Photo/Taiwan Scene)

In Taiwan, invigorating tonic foods are also taken during this festival, and throughout the cool winter period. The age-old belief is that this is a time akin to "hibernation," when the metabolism slows, and tonic foods provide nourishing protection from the cold. Especially popular are dishes that are meatier and fattier, such as mutton hotpot and ginger duck stew.

If it so happens that you won't be regularly sitting down at private homes with local families to dine, fret not — during the season these dishes will be readily findable at local night markets and other locations.

As January heads for February, warmth creeps back into the world as the sun's rays linger ever longer, and thoughts of spring bloom. Taipei folks get outdoors to revel in the succession of iconic floral blooms that march through these months. ▲At the end of winter and the beginning of spring, cherry blossoms bloom in Yangmingshan, attracting lots of tourists. (Photo/Yengping)

The expansive grounds of Chiang Kai-Shek Shilin Residence (士林官邸), home to a great many plum trees, is one of the most popular plum blossom viewing spots from January through February. From early February through March, Yangming Park (陽明公園), inside Yangmingshan National Park, is painted with cherry blossoms. And just before the Spring Equinox, Taipei's azaleas — the city's official flower — burst onto the stage. The two best azalea admiration locations are the National Taiwan University (國立台灣大學) campus and Daan Park (大安森林公園), both in the city's heart, with metro stations right on their doorstep.

The Spring Equinox, or astronomical start of spring, is marked with the eating of chunjuan (春捲), or spring rolls (also eaten during the Spring Festival/Chinese New Year). These rolls are comprised of a combination of fresh vegetables like shredded carrots, radish, bean sprouts, and cucumbers, with crushed peanuts and sugar serving as the final touches. Today the rolls are commonly fried, with pork or shrimp also added. Their shape and golden-brown color are said to echo gold ingots, and their consumption thus attracts good fortune for the coming year.

▲With the flavors of shredded carrots, radish, crushed peanuts and more, eating fresh spring rolls is the best way to say hello to spring. (Photo/Taiwan Scene)

Your End of an Old and Start of a New Taipei Year
If you thrill at the festivities and traditions involved in seeing out one year and ringing in the new — we've got some great news for you. Decide on an extended winter stay in Taipei, or visit twice during the season, and you can double your fun!

Taipei locals throw themselves into Western-calendar year-end Christmas and New Year celebrations. Then they do it all again about a month later, with a wholly different set of festivities and traditions, for the Lunar New Year, which shifts, falling anywhere from mid-January through mid-February. This extended joy-seeking season brings much warmth to the cool days.

Various areas of the city are festooned with Christmas decorations, bringing mirth to hearts. And as they should, things reach a crescendo on New Year's Eve, with the raucous joys of the jumbo-scale Taipei New Year's Eve Countdown Party. The highlight draws are the hours-long parade of performing stars on a stage outside Taipei City Hall (台北市政府), and the famous midnight fireworks spectacular that envelops the Taipei 101 skyscraper, with hundreds of thousands attending.

▲To welcome the New Year, people in Taipei count down to midnight in front of Taipei 101 as the splendid fireworks show begins. (Photo/Samil Kuo)

The Lunar New Year holidays are primarily a time of quiet celebration with family and friends, but there are various busy public traditions that you can dive into. Before the holidays, locals clean their homes spic-and- span, to "sweep out the old and sweep in the new" — i.e., to sweep out bad luck and bring in new fortune. Goodies and other items must be bought, notably new clothing (especially auspicious red apparel), and commercial streets selling nianhuo (年貨), or "New Year goods," flow with happy folks in the weeks running up to Chinese New Year's Eve. ▲One of the traditions of the Lunar New Year is to shop for New Year goods such as jerky and sausages. (Photo/Yengping)

As said, the local custom is to wear new clothing at the New Year, inviting good luck. Look for shops specializing in items with auspicious visuals, such as dragons (a symbol of royalty and nobility) and goldfish (wealth; as they resemble ancient Chinese gold ingots). You'll see these same motifs used on multifarious New Year decorative adornments as well.

Drop in at Little Garden (小花園), opened in Shanghai in 1936, moved to Taipei in 1949. It brims with exquisite traditional embroidered shoes, purses, scarves, qipao (旗袍), children's outfits, and much else. You can choose items with such good-luck visuals as dragons and goldfish. Another choice for immersing yourself in New Year festivities and purchasing New Year goods is Fleisch (福來許), an elegant café/tea house/bar/ restaurant in a renovated four-story building long home to Chinese-medicine firms, with the retro décor and staff attire bringing back Dihua Street's 1920s glory days. Unique themed items sold at the New Year include auspicious decorative hangings showcasing Taiwan's traditional paper-cut and embroidery art as well as Chinese zodiac animal table decorations, passport holders, and mobile-phone pouches. ▲Souvenirs for the Lunar New Year are combined with traditional paper-cut goods, making it a festive gift for friends and family. (Photo/Fleisch)

Beyond the aforementioned guided tours of the area's heritage architecture and old shops, there are also DIY experiences led by craft masters, such as creating your own auspicious decorative spring couplets, a perfect way to sum up 2021 and start the new year with the best possible beginning.

✔️ Please click on Taipei Travel Net for more information on all the seasonal travel joys that Taipei has in store for you. 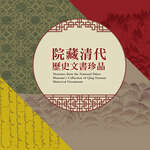