Near MRT Beimen Station (捷運北門站) sits a splendid example of Japanese-era architecture in Taiwan: the Railway Administration Building. Now the main building of the National Taiwan Museum Railway Department Park (國立台灣博物館鐵道部園區), it first opened in the 1920s, and was used by officials overseeing the Taiwanese railroad system. After a period of disuse and neglect, from the early portion of the 21st century, the park then underwent repairs and renovations for 16 years before reopening to the public in 2020. ▲The National Taiwan Museum Railway Department Park has recreated the glory days of Taiwan's railways in the early 1900s.

Although train tracks are built in a straight line whenever possible, the history of Taiwan's railway system more closely resembles a curving, winding road, from the first railroad built under Qing Dynasty governor Liu Mingchuan (劉銘傳) in 1887 to the island-wide train system we enjoy today.

Looking at the past through the theme of modernization, the Railway Department Park invites visitors not only to learn about the history of Taiwan's railroads, but to admire both the vintage edifices and the restoration work done to create the park that exists today.

The Railway Administration Building
It was the Japanese colonial government's "trunk line (縱貫線)" railroad from Keelung (基隆) to Kaohsiung (高雄) that necessitated the creation of an administration building in the capital. The edifice, which sits across from Beimen (北門, the North Gate), boasts a brick first floor with an impressive Art Deco-style rounded entrance and grand staircase. The second floor, including the roof frame, is made of cypress from Alishan (阿里山), which boasts the most famous forest railway in Taiwan. In some rooms, the cypress fragrance still lingers.

The building remained in use throughout the Japanese era (1895-1945) and after World War II, and was abandoned around 1989. In 2005, an urban regeneration project was launched, leading to a 2009 cooperative effort with the National Taiwan Museum. Restoration began in 2014, and was completed in 2016. People nowadays can see how this building looked like in the 1990s, when it featured in the 1991 movie A Brighter Summer Day (牯嶺街少年殺人事件), directed by Edward Yang (楊德昌), and in the video for Chinese pop singer CoCo Lee's (李玟) 1998 hit "Di Da Di." ▲The magnificent entrance to the lobby has been used as a set for movies and music videos many times.

In addition to administrative offices, the building also contains a stunning Beaux Arts-inspired conference room. Called the Oval Hall for its dramatic oval ceiling, the sumptuous decorations incorporate tropical fruits, including pineapples carved into the column capitals. This room was not painted a uniform white upon restoration; instead, the mottled surface was kept to show how it was maintained over the years. ▲The oval ceiling is decorated with stucco sculptures, displaying fine craftsmanship that stands out in any age.

Now, the Administration Building and the other buildings in the annex showcase Taiwan's railway history throughout time. ▲From the ticket booths to the gates, replicas from the railway station's various periods throughout history can be seen everywhere in the museum.

Our Railways (咱的鐵支路) explores Taiwanese rail travel through the years. Liu Mingchuan's visionary railroad connecting Keelung to Hsinchu (新竹) was built in northern Taiwan in the 1880s. In Taipei, the old tracks ran along what is now Civic Boulevard (市民大道). However, due to the increasing demand for railway cargo transport, these tracks soon fell into disuse and disrepair as the track materials, designs and construction did not meet the requirements of modern use, prompting the Japanese government to hire Kinsuke Hasegawa (長谷川謹介) as chief engineer to take over the job. ▲The mini railway model gives people a glimpse of the train entering the fan-shaped garage for maintenance and overhaul.

In 1908, the same year that the north-south railway was completed, the Japanese moved these tracks to what are now Zhongxiao West Road (忠孝西路) and Zhonghua Road (中華路), where they essentially replaced the old city walls. However, travel from north to south in a day was impossible. That changed in 1956, when the Fei Kuai line (飛快車, Limited Express) completed the journey in just 5.5 hours. Hot bentos (便當, lunch boxes) and pretty "Miss Express Train" attendants became shared cultural memories. Now, even faster trains, including the Taiwan High Speed Rail (台灣高鐵), have further revolutionized train travel around the country.

Trains History (火車日常) and Railway Signals Explained (解碼鐵路信息) look at the evolution of trains and the complexity of the systems that support them, including signals, bridges and tunnels. Vintage items, including old tickets, turnstiles, departure boards and train seats — set up in a long room at the back where you can sit in them and relax — are exhibited. 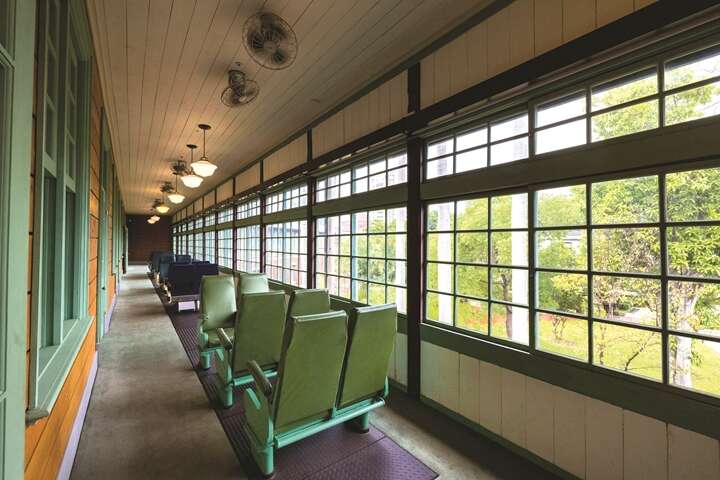 ▲The corridors have also been transformed into retro carriages, allowing railway fans to travel back in time.

Modern Temporal and Spatial Order (現代性時空秩序) shows how trains connect people through both space and time. Changes in the location of train tracks, train stations and new branch lines such as the one to Tamsui (淡水) have certainly had a physical effect on Taipei City. However, they influenced Taiwanese cultural notions of time as well. Set departure schedules cultivated a new sense of punctuality: after all, the train is leaving whether you're on it or not!

The Canteen
Now a souvenir shop, classroom area and exhibition room, the old canteen for railway administration workers had not originally been attached to the main building. It was not completed until 1933, and remained separate until the expanding workforce caused additional offices to be built. Now, visitors can see how the beveled cypress exterior walls became interior walls. ▲The canteen in the park is a wooden Western-style building, with fine restoration from the ceiling to the windows.

In the past, the second floor of the canteen was reserved for higher-level officers, with regular workers eating on the first floor. The canteen is an excellent example of choosing preservation over perfect restoration. Along with the exterior-turned-interior beveled walls, the darker wood molding where the stairs between the two levels once stood was left intact.

The Power Building and Engineering Building
The Power Building was built around 1925, with the main function of powering the Railway Department's telegram, telephone and electrical timer systems. This was a generator room, which meant a lot of heat needed to be dissipated. Hence, covered sidewall openings were added for ventilation. After the 1970s, this building served as office space for a time, and is now used as a café. ▲Various entertaining exhibitions in the Engineering Building are also set up for visitors to learn about the inner workings of Taiwan's railways.

The Engineering Building was built in 1934. It was used by the public works unit, and later the transport unit under the post-World War II government. Here, visitors can look a little deeper into the antique items left behind, and how decisions were made on what to keep and what to replace through an exhibition on the historic site itself.

Examples of the restoration effort include attempts to restore the site with items such as original roof tiles. Not all original tiles were in suitable condition for reuse, however, and new ones were also added. On a dry day, you can tell which is which by their color: the older tiles are darker. Attempts were also made to use old timber alongside new. This was a complex process necessitating the careful numbering and noting of different timbers, including cypress from Taiwan and Vietnam, that resulted in a quality restoration.

The Taipei Machinery Bureau
Near Exit 2 of MRT Beimen Station, an evocative stone wall with window cutouts stands, with exposed brick peeking out the sides. This was once the Taipei Machinery Bureau (台北機器局), founded in 1885 by Liu Mingchuan for the purpose of manufacturing ammunition and repairing firearms, as the Qing government in Taiwan did not have the ability to manufacture new ones locally. That said, it was a symbol of modernization and industrialization coming to Taiwan. ▲Many machines used in the railway systems in the past can also be seen in the park.

While restoring the site, an old cobblestone road was found near the Machinery Bureau. As most Taiwanese roads at that time were not paved, it is speculated that this flagstone road likely curved away from the Taipei City wall — specifically, through Beimen — to the first train station in Taipei, built to service Liu Mingchuan's original railroad.

The Wartime Command Center and the Octagon
The Railway Department Park also contains two interestingly-shaped buildings: the Wartime Command Center and the Octagon. The command center is also an air raid shelter. Originally built in 1943 in a bell shape, an outer wall was added 14 years later to create a rounded cement pyramid. Inside, a command room features a wall map of Taiwan; in the event of an attack, sheltering officials could visualize the situation across the island in real time. As railroads are of course vital to the functioning of a modern nation, it is no surprise that the Railway Department was deemed important enough to outfit with such a shelter. ▲The special appearance of the octagon and its classical design meant that this room was considered the "most gorgeous toilet" at the time.

Nearby sits a pretty octagonal building constructed of brick and gray concrete, which was built in 1919. Inside, an umbrella shaped roof is held up by beams radiating from a central column in a design meant to facilitate good ventilation. Around the central column are dividers, with doors leading to small rooms along the wall. Rounded notches in an outer wall — not quite inside the building — once held sinks. In short, this was once a men's restroom! It now houses further exhibits on the history of the Railway Department Park.

Taiwan's railway history is a journey through both time and physical space. Both within Taipei and across Taiwan, railroads have connected communities and changed notions about distance and time. Southern Taiwan was once a full day away by train, then a little over five hours, and now the journey can be made in less than two hours. Taipei's Railway Department Park also uses physical space to wind its way back through time, with mottled walls, exposed architectural features and vintage railway paraphernalia. A trip by train from Taipei might take you in a straight line, but the history behind such a trip is all curves. 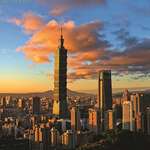 With Each Ending, a Beginning: Hellos and Goodbyes in a Taipei Winter (TAIPEI Quarterly 2021 Winter Vol.26)
List 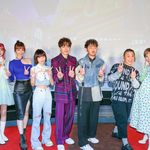