Following the Sustainable Development Goals (SDGs) set up by the UN, sustainable agriculture is being promoted to end hunger and lessen negative impacts on the environment. In Taipei, people are steadfastly dedicating themselves to the achievement of these goals.

Hermes Wang (王宣智) and Debby Zheng (鄭亦真), a husband-and-wife team who run Taipei's largest paddy field, the acclaimed Ba Sian Sustainable Farm (八仙六代園), are true agri-oddities in Taiwan's advanced economy. For one, they are young urban farmers who farm right in Taipei, a metropolitan city. For another, they practice sustainable agriculture, running their farm as a green-revolution classroom for the public while teaching urban residents about the importance of the land's health, as well as the health benefits and superior taste of sustainably-produced foods. ▲Hermes Wang (right) and Debby Zheng (left) are the sixth generation of the local farming community in Guandu, but the first in their family to practice sustainable agriculture.

The couple's farm sits on the fertile Guandu Plain (關渡平原) in Taipei's northwest, which is on the Keelung River's final stretch before emptying into the Tamsui River. The Keelung River is fed by the pristine waters of the mighty Yangmingshan (陽明山, Mt. Yangming) massif, and the Beitou hot-spring resort area is found nearby, at the massif's base. What is in view from the fields is a steady stream of recreational cyclists atop a tall dike, riding this section of the extensive Taipei City and New Taipei City (新北市) riverside bikeway system. A set of access stairs is located right beside the farm. ▲Guandu Plain is the largest rice producing area in Taipei, and a rare rice paddy area in the midst of the city. (Photo/Ba Sian Sustainable Farm)

A Green Sustainability Mission
Paddy rice is the main crop at Ba Sian Sustainable Farm, with numerous other crops also grown, including corn, Chinese radishes, bamboo shoots, Romaine lettuce, cherry tomatoes, spring onions, strawberries, guavas, and passion fruit. Wang and Zheng's mission is to serve as a model both for fellow farmers and for the general public, bringing green sustainable agricultural practices to the city and hopefully beyond.

The farm is open to groups by appointment, during which visitors are taught about sustainable agriculture and take part in activities, which vary depending on the season and which crops require planting or harvesting at the moment.

"We are Taipei's largest rice producer, and certainly the only one using a permaculture approach," says Wang. The couple sees themselves as stewards of the land they've inherited, with a responsibility to nurse it back to health and to live in harmony with birds, animals, and insects. "City folk have little knowledge of farm life," says Zheng, "and younger folk especially have little understanding of where their food comes from. We want to give city people the chance to return to the land." ▲From radishes to tomatoes, all the crops at Ba Sian Sustainable Farm are grown naturally, as the permaculture approach is applied.

Handing Down the Family Farm
This land has been farmed by Zheng's family for six generations. The literal translation of the farm's Chinese name is "Eight Immortals Sixth Generation Garden." The "Eight Immortals" or "Baxian (八仙)" is the placename for the farm's area, and Zheng is from the family's sixth generation. "Our people have in fact been here more than six generations, but details are unclear," she says. "The earlier generations were tenant farmers, working for a large landlord. We formally date our time here from the first firm bit of information we have, that is, the date of building for the family's first sanheyuan."

In the past, neither Wang or Zheng were in any way involved in farming, both working regular city jobs. It wasn't until a few years ago that the couple decided to take over the family farm for Zheng's aging grandfather. "We've learned on the go," says Wang, "learning much from our family elders and also branching out on our own, taking classes, attending agriculture lectures, and engaging in other formal studies to learn both basics and new techniques." They are constantly asked exactly what sustainable farming is. A short definition, says Wang, is agriculture that finds a good balance between the need for food production and eco-system preservation. Among the goals are water conservation, minimizing or reducing to zero fertilizer/pesticide usage, and biodiversity promotion.

Among the sustainable farming strategies they use, states Wang, are "Rotating crops to minimize pests, because specific pests prefer specific plants, and growing plants that can create their own nutrients, reducing fertilizer usage. All-natural, non-toxic cultivation methods are conducted at Ba Sian, with non-synthetic and 100% pesticide-free fertilizers being used. We also produce just one crop of rice annually instead of the usual two, letting the land rest in between by leaving it fallow or by planting earth-enriching cover crops." ▲As no pesticide is used, Wang and Zheng have to bring in web covers to protect the crops from insects.

Taipei Farming Historical Development
Wang, who studied history in university and remains a history buff, says that "If you want to go way back to the farm's earlier generations, one big change is that Taipei farmers used to transport their rice to Dadaocheng in western Taipei for processing." In Chinese, "Dadaocheng" literally means "large open space for drying rice in the sun." To ensure all rice can be well-dried, Zheng's ancestors sent their rice by boat, using nearby Guandu Wharf, which today is used as a launch for what are called "Blue Highway (藍色公路)" river-tour cruises. However, today all rice processing is done on-site, using natural sun-drying. ▲ Located ten minutes away by car from Ba Sian Sustainable Farm, Guandu Wharf used to be an important point on the water for transporting rice.

Another major change is the slow and steady disappearance of flatland farms in Taipei. The Taipei Basin is small, meaning great pressure on land for residential and commercial development. "We still have some flatland farming on the Guandu Plain," says Wang, "but Taipei's farms are now mostly found up in the surrounding mountains, and pretty much all have turned to tourism to survive, such as the fruit-picking farms in Neihu District and tea farms with teahouses in Wenshan District's Maokong area." Another key reason for the withering away of flatland farms, he adds, is the simple fact that here, as in all developed economies, young people don't want to farm anymore.

Challenges in Green Sustainability Efforts
In terms of obstacles faced in Wang and Zheng's sustainability efforts, "In truth, the biggest has been the senior members of our clan," says Zheng. "Elderly farmers are slow to change, and they are set in their ways, initially only grudgingly accepting our new course. However, now that we've clearly demonstrated we're able to 'keep putting food on the table,' they've come around."

Another obstacle is the lower yields that are an inevitable part of sustainable farming. The work is much more labor-intensive, with constant weeding by hand, for example, meaning the family has not yet been able to commit all their available land to sustainable practices. "Our healthy crops are bringing back more birds, small animals like squirrels, and insects, who take their share," says Wang. They usually don't do much to prevent the visits of the animals other than putting up sticky strips in their crop rows to keep the insects down. The lower yields — "remember, we also only produce one rice crop annually" — mean higher prices, and there is strong price resistance among the general public. ▲Despite having a higher cost, elevated beds for strawberries is one of the experimental agriculture approaches at Ba Sian Sustainable Farm that target high-value yields.

"Generally, those who understand the health value of foods sustainably produced come to us, meaning they accept the higher prices," says Zheng. "We sell pretty much everything right from the farm. We don't do things like participating in farmers' markets, because it requires higher production volume to do that, and we have to deal with constant haggling over price."

Green Experience Sessions
Experience sessions at Ba Sian Sustainable Farm are held at irregular times, generally on weekends and holidays. These change in accordance with the planting/harvesting needs of the four seasons. The goal is to bring city people into intimate contact with Mother Nature, planting a thirst in them to interact ever more closely with her, bringing these desires back into their everyday city lives and, over the long term, changing the nature of city life itself. "As part of this, we want to present to Taipei City folk the beauty of the farming ways of their own forefathers," says Wang, "which produces not only healthier, but in fact also looks more beautiful, the more vibrant colors clearly indicating the presence of more nutritional goodness. Awareness of the health of the earth leads to awareness of the health of one's body, of better 'cultivating' yourself — and for the city at large, better eating, purchasing, and living habits."

The farm's key times of year are the planting of paddy rice in February/March, the rice harvest in June/July, the bamboo shoot harvest in September, and the Chinese radish harvest starting in November. Such plants as corn and even flowers will be planted on plots in between main crop rotations to replenish the earth. "The farm is by far at its most beautiful in summer," says Zheng, "when the rice is richest in color and our flowers in greatest bloom."

"The most popular sessions are our rice-planting sessions and Chinese radish harvesting sessions," says Wang. "The kids are always tentative at first about getting in the rice-paddy muck, having been taught by their parents to avoid all things dirty, but once they begin, they don't want to stop, having a great time squishing around and learning not all 'dirt' is bad. And both adults and kids love the treasure hunt atmosphere of the Chinese radish harvest, learning how to identify where the biggest and best — not the same, by the way — specimens might be dug up." Also popular are the DIY agri-foods sessions, notably the jams and preserves experiences. "We are city people," says Wang, "but in truth we never felt comfortable with city life. We now are city people living in healthy harmony with nature. We've found our path for healthier interaction with the land, and though our days are busy, we could not be happier living in our urban oasis. Our goal is now to give guidance to Taipei's ever-growing population of people seeking better in-city manmade/nature-made balance." 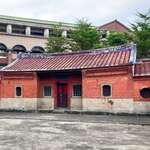 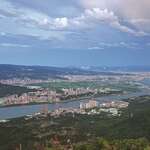