A Reason for Migrant Workers to Stay


Migrant workers can be seen all around Taipei. According to Ministry of Labor statistics, the number of migrant workers in Taiwan exceeded 700,000 in 2018. In other words, 1 out of 33 people in Taiwan today is a migrant worker, and most of them are from Southeast Asia. Chen Kaixiang (陳凱翔), founder of the nonprofit organization One-Forty, and Zhang Zheng (張正), founder of Brilliant Time Bookstore (燦爛時光) and 4-Way Voice (四方報), a multilingual newspaper targeted at migrant workers, have long been devoted to the empowerment of migrant workers and providing much-needed services for them. Through their conversations, let’s explore how these newcomers fit into this land. SOUTHEAST ASIAN HOTSPOTS IN TAIPEI
When it comes to Southeast Asian migrant gathering spots in Taipei, “Little Indonesia’’ near Taipei Main Station, the Taipei Grand Mosque, and parks of various sizes throughout the city are all common and well-known locations.

If we break it down by nationality, Ankang Market (安康市場) in Muzha (木柵) used to be a famous gathering place for Vietnamese migrants, providing various goods and services, including food, fortunetelling, gold accessories, and hair salons, with 15 out of the 20 stalls run by Vietnamese vendors. “However, the market was torn down just when 4-Way Voice was first established (Sep. 2006), so the first issue commemorated the event,” Zhang recalls. Additionally, many Vietnamese migrants used to gather around Ming Jih Vietnamese Restaurant (銘記越南美食) in Neihu District since its establishment 20 years ago.

As for migrants from the Philippines, Zhang and Chen both mention the area near St. Christopher’s Church (聖多福天主堂) called “Little Philippines” on Zhongshan North Road (中山北路), as well as the neighboring Jin Wan Wan Mall (金萬萬名店城), EEC, and RJ supermart, etc., which are all rich with Southeast Asian characteristics.

OPENING THE DOOR TO SOUTHEAST ASIAN RESEARCH AND ACTION
Zhang used to be a journalist. His acuity brought his attention to the insufficiency of reports on migrant workers in Taiwan 20 years ago whilst Southeast Asian issues were even not on the public radar. “When reading news articles about migrant workers, I felt that the reports would be biased due to our lack of understanding of Southeast Asian groups. When a dispute between an employer and migrant worker was reported, only the employer would be interviewed, whereas the migrant worker would not have an opportunity to make his/her voice heard. That’s when I would wonder what the truth really was.”

However, he also says with a smile that he began looking into Southeast Asian migrant worker issues because of his being accepted into the Institute of Southeast Asian Studies at National Chi Nan University (暨南國際大學) rather than a sense of justice. “I felt that having relevant knowledge would be useful. Then, in 2006, I integrated it with my specialty in media and founded the 4-Way Voice newspaper,” Zhang explains. 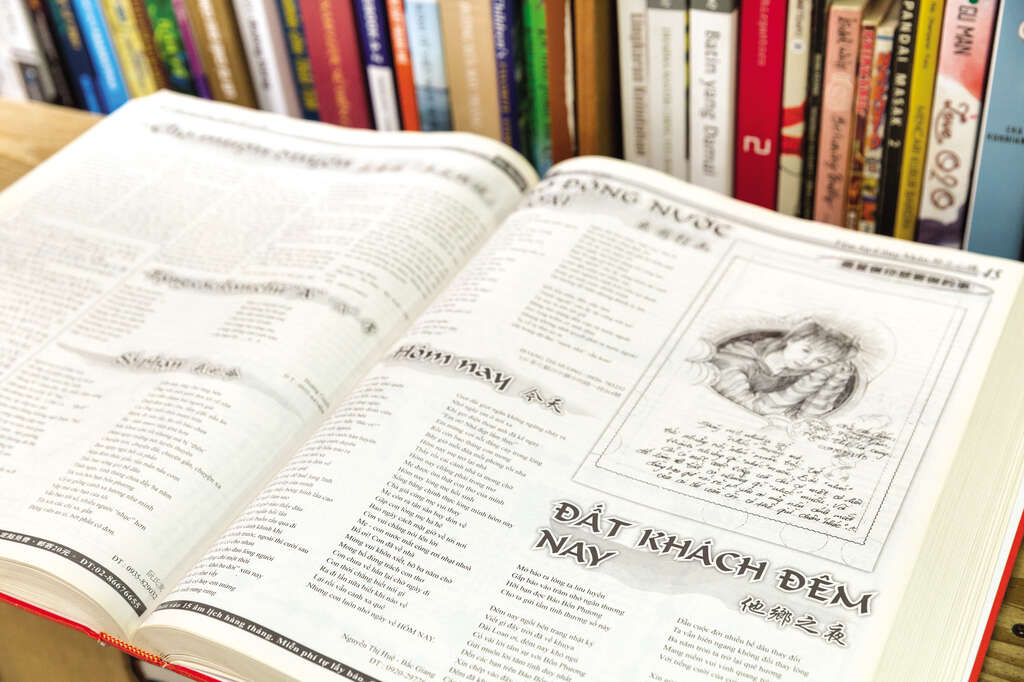 ▲4-Way Voice was established in 2006 and comes in several Southeast Asian languages.
The publication aims to make the lives of migrant workers richer and more interesting.
(Photo / Lin Guanliang)

In addition to 4-Way Voice being written in Southeast Asian languages for migrant workers, Zhang’s attentiveness and efforts toward relevant issues are practical and diverse. The efforts, including the 2011 new resident homecoming Grandma Bridge Program that encourages and supports migrants and their children to know their home countries, the 2013 Singing in Taiwan Southeast Asian singing show, and the 2014 Taiwan Literature Award for Migrants, were made in the hopes of enabling migrant workers to gain comfort and identity through language exchange and cultural activities.

BUSINESS CLASSES IN TAIPEI FOR MIGRANT WORKERS
As for One-Forty founder Chen Kaixiang, his devotion to migrant worker issues began with the graduation trip he planned for himself after finishing university. During the six-month trip, he volunteered in India for three months before traveling in the Philippines, where he made a lot of friends. After returning to Taiwan, he found his heart was still in the Philippines. Therefore, he started to frequent the areas neighboring St. Christopher’s Church and met more Filipino migrant workers. “Initially, I didn’t have any plans for helping these workers. I just found them interesting and wanted to know where they usually went. I once visited St. Christopher’s Church on a Sunday, where I was the only Taiwanese among those who spoke Tagalog.” As he befriended these migrant workers, he heard a lot of stories about how they were trying to make it on their own in Taiwan. That got him thinking about what he could do for them.

Accordingly, he began with the idea of a migrant worker business school and taught the migrant workers simple business concepts, enabling them to learn something and better themselves during the holidays so that they could start their own businesses when returning home. This became the predecessor of One-Forty.

SEEING MORE OPPORTUNITIES FOR CHANGE IN THE CITY
In Chen’s and Zhang’s point of view, the overall treatment of the migrant workers today has significantly improved compared to the past. More and more organizations are noticing such issues and coming forward. Though it’s not easy for the government to quickly adapt regulations to the rapidly changing social context, courses are gradually emerging for workers to enhance their language skills, professional abilities, and living capabilities. “If I were an Indonesian living in Taipei, there are a lot of activities and courses I could attend during the holidays,” Chen says, “Of course, the precondition is that these activities are well-delivered to the migrant workers. I came across events intended for migrant workers that were only promoted with Chinese posters. The workers couldn’t even read them.” In recent years, many enterprises have started to recognize the needs of Southeast Asian migrants and organize activities for them. For example, a book sharing event by Taipei 101 was initiated in response to Brilliant Time Bookstore launching a campaign for Indonesian migrants to read books in Indonesian. The National Palace Museum even cooperated with One-Forty to promote Southeast Asian-language audio tours specifically for migrant workers.

EMPOWERMENT AND EXPLORATION OF THE IMAGINATION
Zhang holds some 300 talks at Brilliant Time Bookstore per year. After one sharing event about the Philippines, a young person asked, “Having done so much, do you see any improvements in Taiwan because of you?” After giving it some thought, he asked whether the young person learned a little more about the Philippines after this event. He believes that if one person understands one more thing, 10 audience members at one talk would find out 10 things. After 300 talks, 3,000 more things will be made known. Chen, on the other hand, mentions that One-Forty had two major tasks since 2015. One is empowerment courses for migrant workers, and the other is to help Taiwanese find out more about migrant workers and generate more interactions between the two groups. “These two tasks seem to be in different directions, but because we think both are equally crucial, we have to do both.”

To this, Zhang responds, “I think both tasks have the same level of necessity!” He picked up the thick bound volume of 4-Way Voice from the bookshelf, which includes every issue ever published since its founding. “The founding purpose of 4-Way Voice was for migrant workers to have something to read that’s in their first language. However, we later realized that if we want them to live well, the Taiwanese people will also have to treat them well. This definitely had to be promoted to the Taiwanese population.” Zhang and Chen were the first to see and the first to act, with the expectation that the Taiwanese people and the migrant workers will co-construct a great society.