The unique name “South Airport” can be traced back to the Japanese Colonial Period. The place was called “South Airport” because it had served as an airport before Songshan Airport was constructed.

In the early post-war era, many public housing communities were constructed for military dependents in this area. Then, all kinds of vendors were attracted to the communities because a large number of people passed by. Little by little, the place continued to prosper. Finally, the lively South Airport Night Market was formed.

The night market is famous for various classic dishes of old Taipei. Why not try some special stinky tofu, freshly baked sesame flatbread, chicken rice and sesame oil chicken? They are not only travelers’ favorite, but also some of the best food you can get at such a decent price! 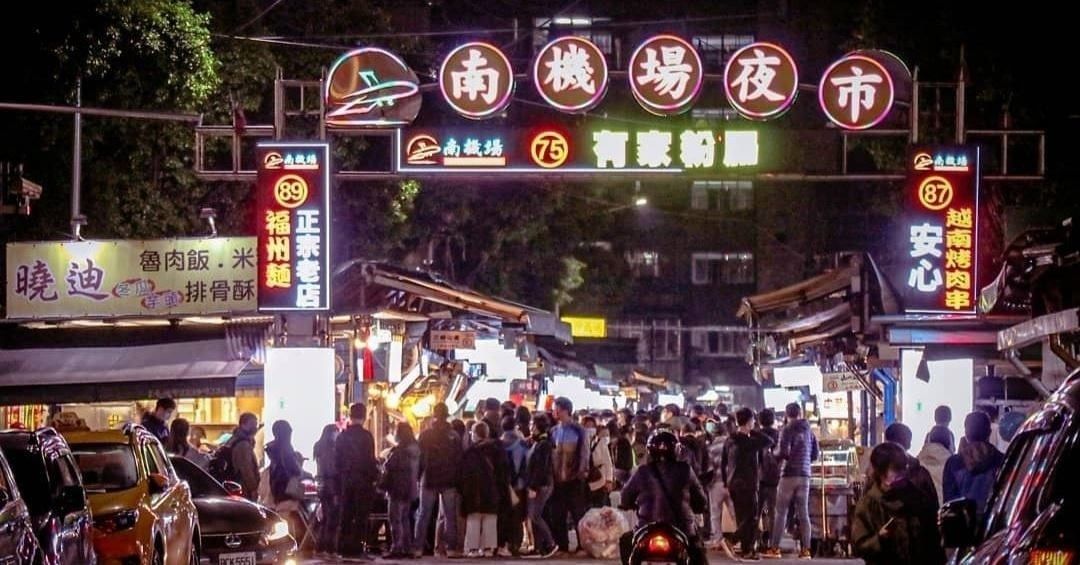