When immigrants came to Taipei from Quanzhou in Fujian, China, they brought their patron saint "Kaizhang Sheng Wang." The statue of the god was brought to Taipei about 200 years ago by Huang Chengqing. It is said that when the god was taken to Zhishan, miraculous events occurred. Huiji Temple was built in dedication to the god at Zishanyan in 1752. Later, when Guanyin was worshiped here as well, the temple was also known as Zhishanyan Temple. At the temple is an ink brush stand that is said to confer divine blessing to all who touch it. Many parents bring their children here to touch the stand, hoping it will help them pass their school examinations. 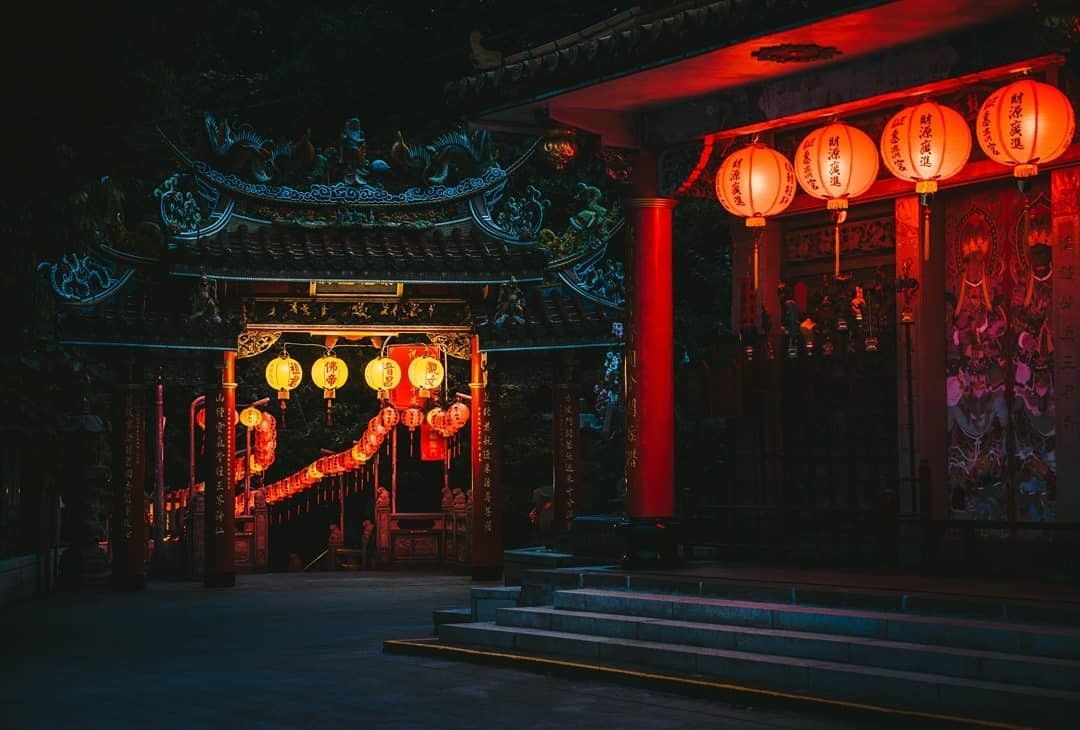