The principle deity at this temple is Qingshui Zushi, also known as Zushi Gong, Black Faced Zushi, Penglai Zushih, and Luobi ("Drooping Nose") Zushi. According to legend, Qingshui Zushi was worshipping at Qingshui Temple when a ghost blackened his face with a great fire, thus earning the god his nickname. As for the "drooping nose," it is said that the god's nose would droop downward when a nearby disaster was impending, warning the residents of impending danger. 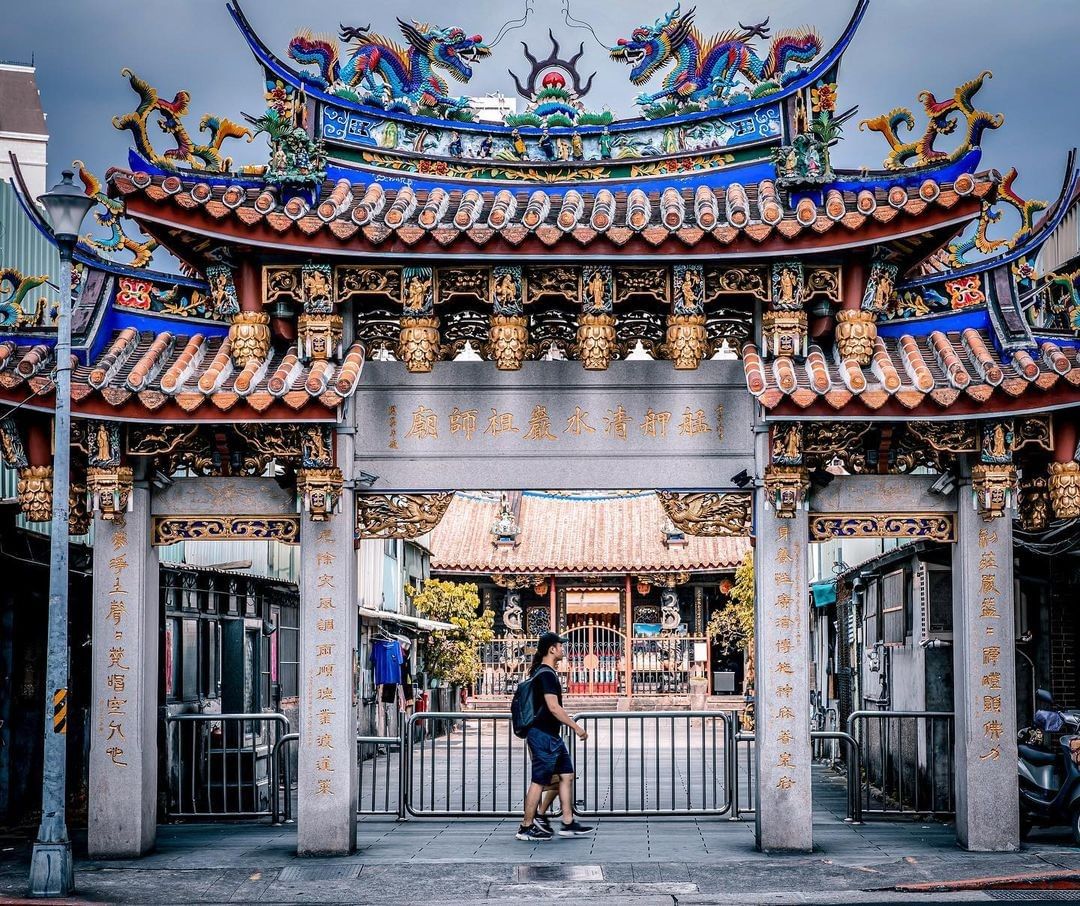